Kansas man charged with murder of Indian engineer due in court 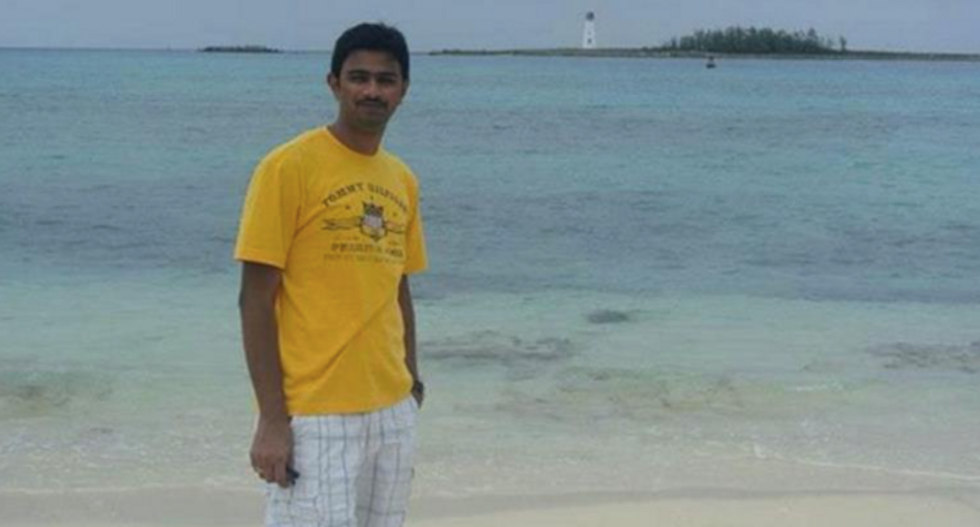 A white U.S. Navy veteran charged with murdering an Indian software engineer at a Kansas bar was due in court on Monday over the shooting, which federal authorities are probing as a possible hate crime.

Adam Purinton, 51, is accused of killing Srinivas Kuchibhotla, 32, and wounding Alok Madasani, also 32, as well as an American who tried to intervene during Wednesday evening's incident at Austins Bar and Grill in Olathe.

The shooting in the Kansas City suburb led news bulletins in India, where some people suggested on social media that U.S. President Donald Trump's rhetoric on immigration had fueled a climate of intolerance.

A White House spokesman said on Friday that any loss of life was tragic, but that it was absurd to link the killing to Trump's "America First" stance.

At least one bystander told the Kansas City Star he shouted "get out of my country" before shooting the Indian victims.

Purinton will be read charges of one count of premeditated first-degree murder and two counts of attempted murder at a hearing at Johnson County District Court scheduled for 1:30 p.m. (1930 GMT), a spokeswoman for the district attorney's office said.

The suspect was arrested hours after the shooting at an Applebees restaurant in Clinton, Missouri, about 80 miles (130 km) south of Olathe.

According to a recording of a 911 call made by a female bartender at the Applebees, Purinton said he needed to hide because he had killed two Iranian men, local NBC affiliate KSHB-TV reported.

"He wouldn't tell me what he did. I kept asking him and he said he would tell me if I agreed to let him stay with me. I finally got him to tell me," the bartender tells a dispatcher, according to the tape obtained by KSHB-TV. "He said he shot and killed two Iranian people in Olathe."

Ian Grillot, a 24-year-old construction worker, was shot in the hand and chest as he tried to intervene. In video at the hospital where he was being treated, Grillot said he had been more than happy to risk his life for others.

"I couldn't stand there, I had to do something," Grillot said. "That's why I acted the way I did."