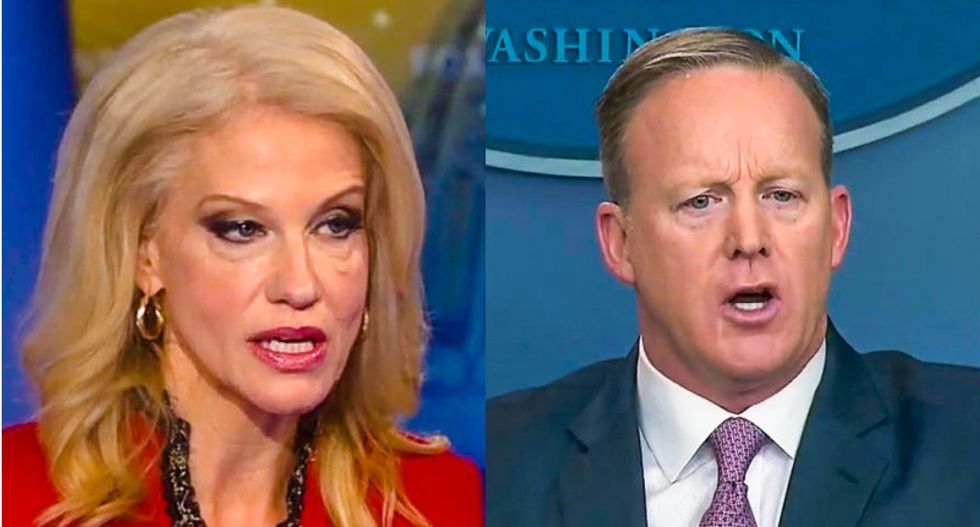 Top Trump adviser Kellyanne Conway has been a ubiquitous presence on major network and cable news programs for the past several months -- but it looks like that will soon come to an end.

Conway tells CNN that she's planning to "reduce my television exposure" in the days ahead, even as news shows such as Morning Joe have decided against bringing her on the air due to what they say are questions about her credibility.

Elsewhere in the piece, unnamed sources tell CNN that Conway has been behind the whisper campaign against White House Press Secretary Sean Spicer, who has reportedly been on thin ice with the president after being brutally mocked by comedian Melissa McCarthy on Saturday Night Live.

Conway denied those accusations, and said that Spicer is "doing a great job with impossible odds," while also praising him for having a "tenacity and focus that's going to serve him well long term."