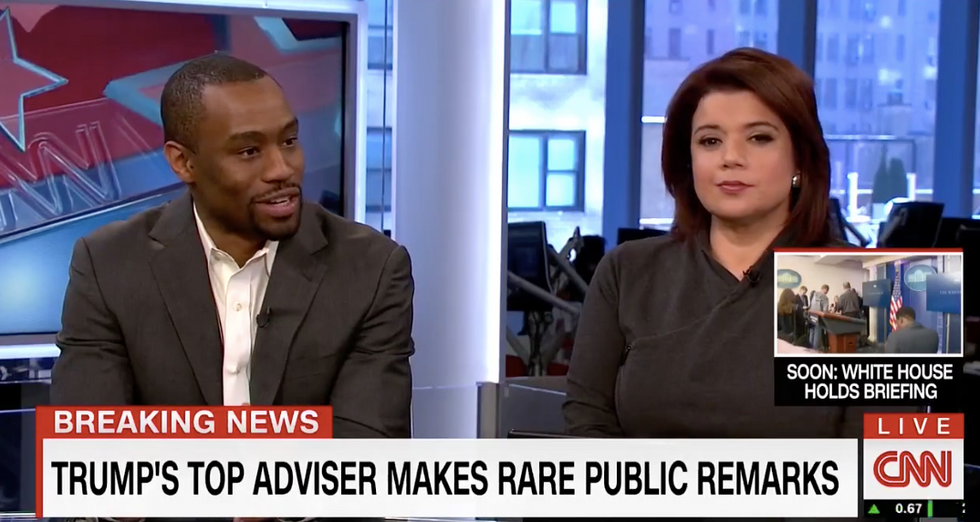 "It's just a bizarre thing, like a scary buddy comedy watching those two work together and be on good terms with one another," Hill said.

Bannon and Priebus are rumored to be bitter rivals, Priebus representing the Republican establishment and Bannon the far-right anti-establishment voice of the party. They have gone to great pains, however, to assure the public that they get along.

Hill also talked about how the administration is using its feud with the media as a means "to not be accountable for any mistakes, any contradictions, any lies. It's a very, very dangerous moment that we're in right now and I agree: Trump is very popular with his base, very popular at CPAC, but everybody's popular with their base. The question is, can you reach across the aisle to reach the bulk of Americans who are increasingly disappointed at what Trump has done so far."