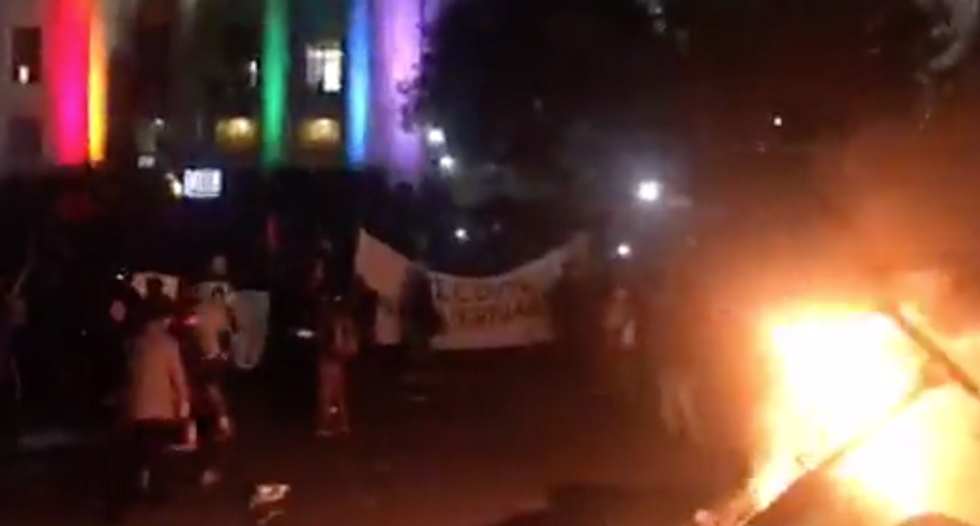 A massive protest broke out Wednesday at University of California at Berkeley over the schedule appearance of Milo Yiannopoulos, the Trump booster and senior editor at Breitbart News. The appearance was scheduled for 8 p.m. at the school's Martin Luther King Jr. Student Union Building.

The right-wing provocateur has been accused of promoting the alt-right, a movement that embraces white nationalism, authoritarianism, racism, and anti-feminism. He was permanently banned from Twitter after the social media site said he led a harassment campaign against black Ghostbusters actor Leslie Jones.

At 9:15 EST, UC Berkeley tweeted that Yiannopoulos’ performance has been cancelled. As of publishing, police have asked protesters to clear the area, or risk arrest.

Watch the livestreams below: