Mitch McConnell on Trump's Putin praise: 'I'm not going to critique every utterance of the president' 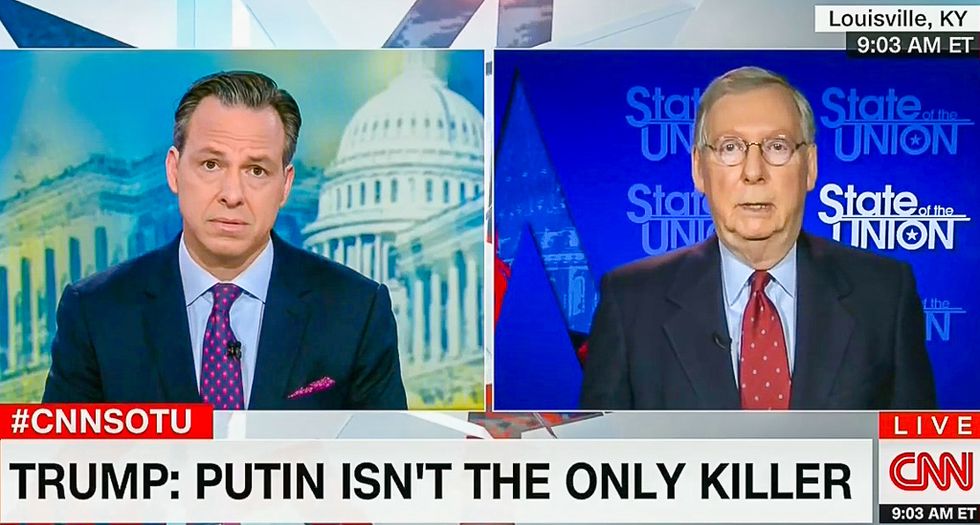 During an interview with Fox News host Bill O'Reilly that will air during the Super Bowl, Trump talked about his "respect" for Putin.

"Well, you think our country is so innocent?” the president added.

"He is a former KGB agent, a thug, not elected in a way that most people consider a credible election," McConnell said of Putin. "No, I don't think there is any equivalency with the way the Russians conduct themselves and the way the United States does."

But the Senate Majority Leader refused to rebuke Trump for the remarks.

"Look, Jake, I can speak to myself and I have about my feelings for Vladimir Putin," he told Tapper. "I'm not going to critique every utterance of the president."