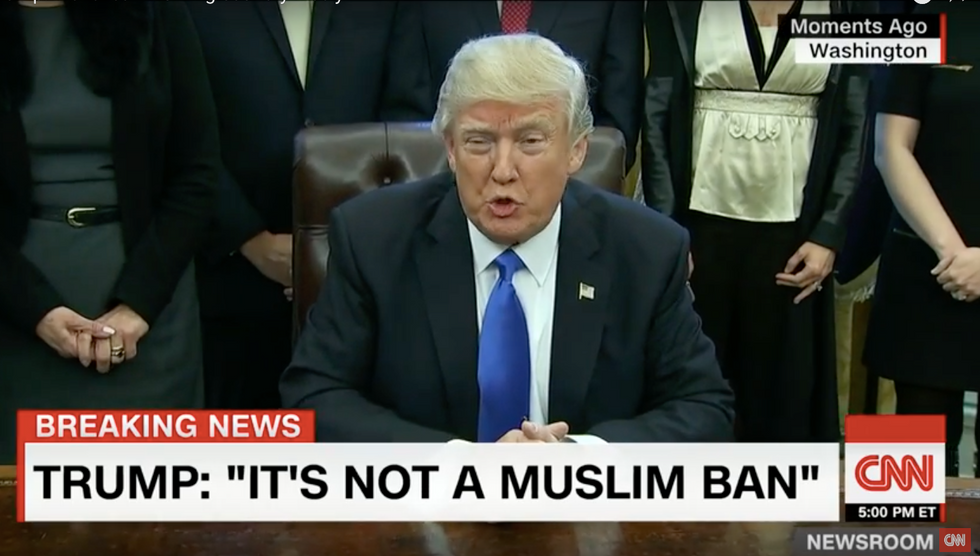 The former Assistant Secretary of State for Democracy, Human Rights, and Labor issued a sarcastic rebuke of Donald Trump’s first few weeks in office, insisting it’s “totally usual” for a president to face the type of mounting dissent being levied against the administration.

“Is it unusual?” Tom Malinow­ski—who worked for former President Barack Obama—told the Washington Post, when asked about unprecedented efforts by government officials to voice concerns over the new administration. “There’s nothing unusual about the entire national security bureaucracy of the United States feeling like their commander in chief is a threat to U.S. national security. That happens all the time. It’s totally usual. Nothing to worry about.”

Asked about the dissent Tuesday, White House Press Secretary Sean Spicer warned officials “should either get with the program, or they can go.”

But an anonymous source told the Washington Post that bureaucrats in Washington plan to fight back against the president’s policy plans.

“You’re going to see the bureaucrats using time to their advantage,” the employee said. He added officials will use leaks and internal complains to “resist and push back against orders they find unconscionable.”