MSNBC host stuns Oscars panel: 'We never want it to be socially acceptable to call anyone racist' 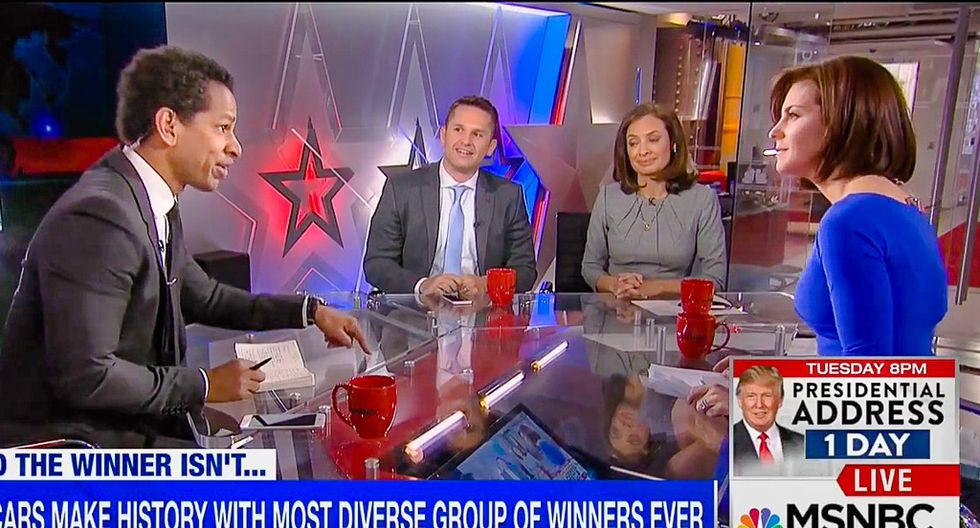 MSNBC host Stephanie Ruhle asserted on Monday that it should never "be socially acceptable to call anyone racist."

During a discussion about the 89th Academy Awards, MSNBC guest Touré noted that ceremony host Jimmy Kimmel "was just trolling" President Donald Trump throughout the program.

"You're racist, you're stupid, you're obnoxious," Touré said, recalling Kimmel's performance. "And we can just say this. It's socially acceptable to just say, 'The president is racist, stupid and obnoxious.' And nobody is going to go, 'What are you talking about?' This is bizarre!"

"I think we all would like to say we never want it to be socially acceptable to call anyone racist and stupid and foolish," Ruhle declared. "We've got to get to a place where that is not part of America."

"No, no, no, no," Touré interrupted. "If they are, we must call them that. We must underline them. We don't want people to be racist, but calling them racist, we absolutely should call racist people racist."

"Yes," Ruhle replied defensively. "But in general, we don't want it to be socially acceptable that that's the way we conduct ourselves."

"To be racist," Touré clarified.