Nearly half of Britons back Trump state visit: YouGov poll 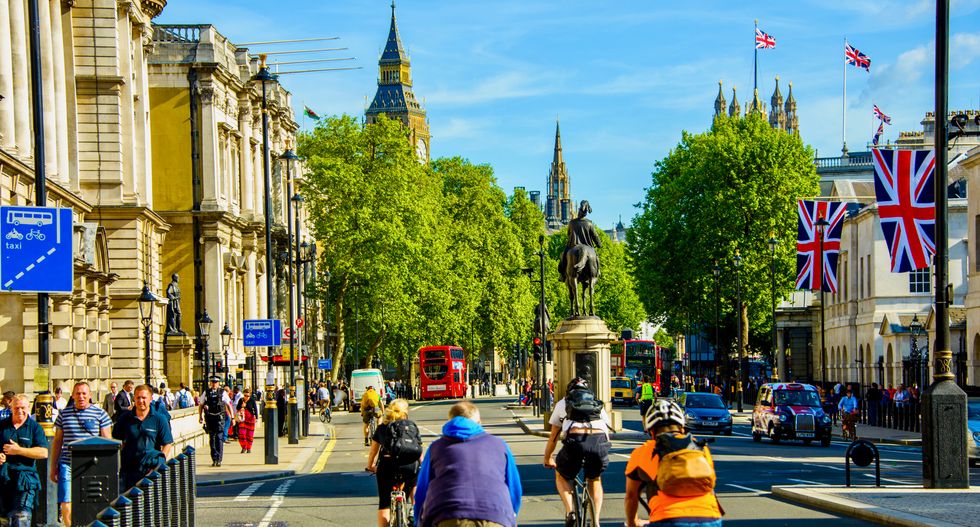 Around half of Britons believe U.S. President Donald Trump's planned UK state visit should go ahead, even though a similar number would not like to see his controversial migrant ban implemented in Britain, according to a poll on Wednesday.

Trump's executive order to temporarily ban refugees entering the United States and limit migration from seven Muslim-majority countries has drawn widespread protest in Britain, and nearly 1.8 million people have signed a petition to stop his state visit, planned for later this year.

But the YouGov poll found 49 percent of Britons believe the state visit should go ahead and that only 36 percent want it to be canceled.

A state visit would involve lavish displays of royal pageantry and a banquet hosted by Queen Elizabeth. The invitation was conveyed by Prime Minister Theresa May when she visited Washington last week, just hours before the travel ban was introduced.

Britons would not like to see a similar migrant ban introduced in the UK, however, with 32 percent saying they would feel "appalled" by such a move and 17 percent "disappointed".

Only 15 percent were "delighted" by the prospect of similar immigration restrictions in Britain, while 13 percent said they would be "pleased".

The petition to stop the visit will be debated in the British parliament on Feb. 20, although such debates are usually symbolic. May has stood by the decision to invite Trump.

The poll was conducted between Jan. 30-31. In all, 1,705 people were asked their views on the state visit and 6,926 were asked about any immigration ban in Britain.