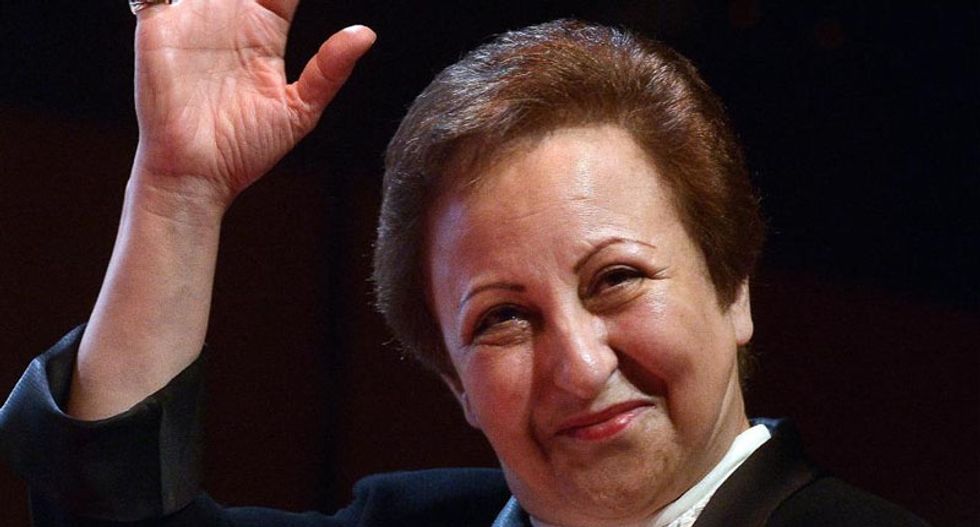 The measure, which Trump says is aimed at protecting the country from terrorist attacks, has drawn protests and legal challenges.

"We need to fight to find peace and civil justice. We want to end this discussion of violence, of racism," said Tawakkul Karman, a Yemeni journalist who won the 2011 prize for her work on women's rights.

"We can't isolate Muslims because they are from a different religion, Mr. Trump," she said at the opening of the World Summit of Nobel Peace Laureates in Bogota, Colombia.

Some 30 winners of the prize are attending the two-day event.

"It's with great incredulity that we're seeing how leaders of the biggest democracy in the world lack respect for human rights and international diplomacy," said former Costa Rican President Oscar Arias, who won the 1987 prize for his work in putting an end to the civil wars in four Central American countries.

Arias said he was worried about growing xenophobia and hate in the United States.

Iranian lawyer Shirin Ebadi, who won the 2003 prize for efforts to improve democracy and human rights, criticized Trump for calling citizens from her country "terrorists," while U.S. activist Jody Williams, the 1997 winner for her work against land mines, said Trump was "racist and sexist."

Colombian President Juan Manuel Santos, the 2016 Nobel winner for his work on a peace deal with Marxist rebels, did not name Trump in a speech to attendees, but said the current rhetoric around terrorism, war, discrimination and refugees should be changed.

Former White House chief of staff Mark Meadows is cooperating with the committee investigating the Jan. 6 riot at the U.S. Capitol, CNN reports.