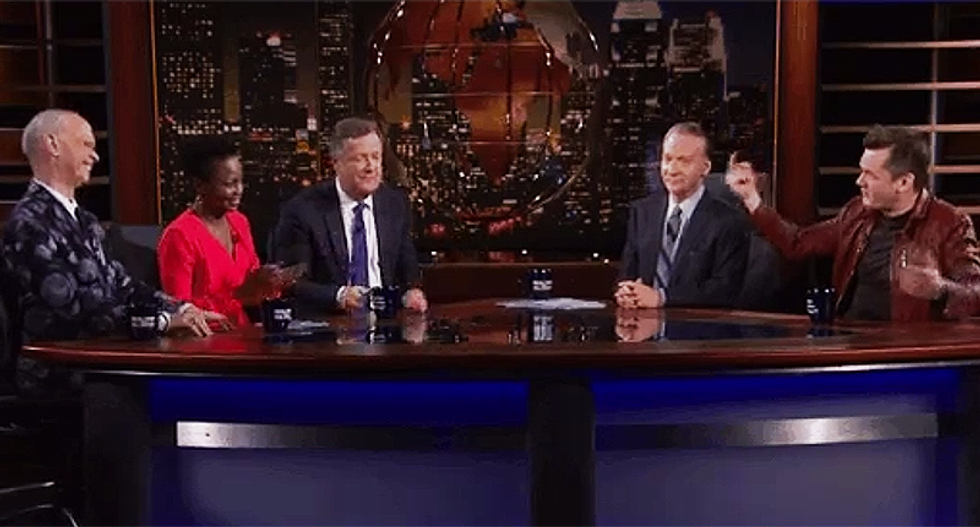 "Real Time" host Bill Maher noted that this was a good week for the resistance movement. Whether from the Ninth Circuit Court of Appeals or general Donald Trump humiliation, the whole family has seen a downturn.

Trump also found out this week that his wall will cost twice as much as he anticipated.

"It's almost like he's losing so much he's tired of losing," Maher joked. "And, you know, this is a guy that takes losing well. Doesn't he? You know, when the ruling came down from the court, he said, 'I'll see you in court!' See you in court? They're judges. Of course, you're going to see them in court. It's like saying, 'Hey, Chris Christie! I'll see you at the Cheesecake Factory!'"

Maher also brought up the companies that are dropping Ivanka Trump's brand from their stores. As Raw Story reported today, cutting her line has nothing to do with politics, it's that her products won't sell.

"The only person interested in getting into Ivanka's pants is Donald Trump," Maher joked.

At one point throughout the evening, a massive fight broke out between Jim Jefferies and Piers Morgan when Morgan tried to claim Hillary Clinton would have been just as bad as Donald Trump. Ultimately, Jeffries flipped him off.

"Are you serious?!" Maher exclaimed. "Like Hillary Clinton would have a cabinet with Betsy DeVos and f*ckin Rick Perry. They wouldn't have a Muslim ban! They wouldn't be feuding with everyone in the world. There wouldn't be this shit with Russia. Are you crazy?"

"Calm down, Bill," Morgan said. "There is no Muslim ban. If there was—"

You can watch a few videos below:

Please enjoy this clip of @jimjefferies going to town on Piers Morgan on Real Time. pic.twitter.com/jKc5WgiiLI

#RealTime with @BillMaher is #LIVE right now on @HBO. pic.twitter.com/l24BDLVsR7