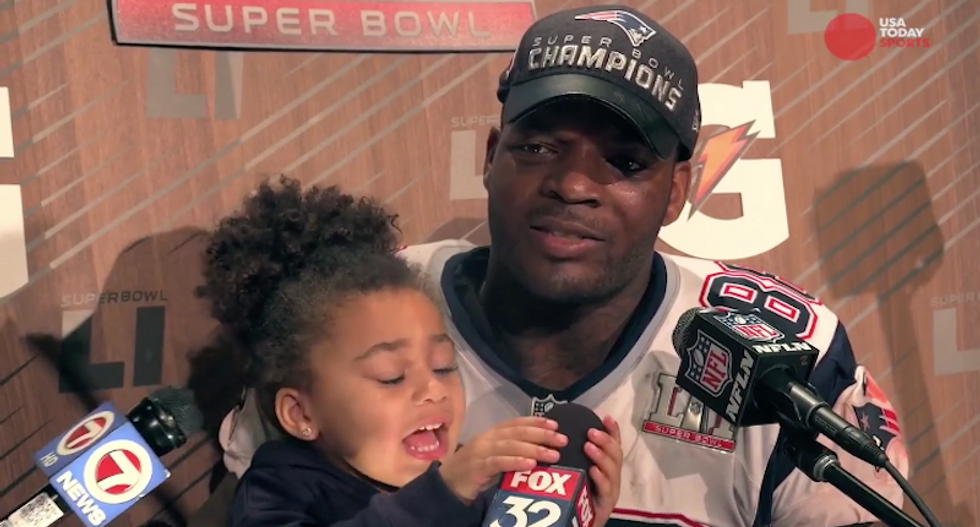 After winning Sunday night's Super Bowl, the New England Patriots are headed to the White House. But one name won't be on the guest list. Martellus Bennett said during a post-game interview, "I'm not going to go."

When he was asked why he wouldn't make the trip, Bennett replied, "It is what it is. People know how I feel about it. Just follow me on Twitter." The morning of President Donald Trump's inauguration, Bennett tweeted, "America was built on inclusiveness not exclusiveness."

Bennett told media the same last week. When asked whether he would take the trip to the White House if the Patriots won the Super Bowl, Bennett told reporters, "I don’t know. I’ve got to win the Super Bowl first, but most likely no." He added, "I don’t support the guy that’s in the house."

See below for his full remarks.