‘President Bannon is going to be mad’: The Internet mocks Trump for insisting he's the boss 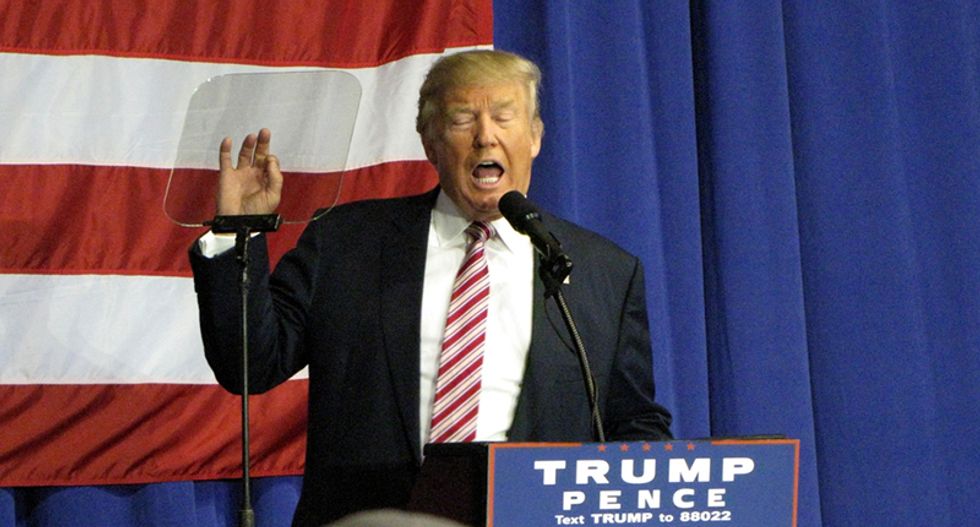 President Donald Trump on Monday took to Twitter to deliver a simple message to the world: He is running the White House, not top political strategist Steve Bannon.

After being mocked by Saturday Night Live over the weekend for being Bannon's puppet, Trump lashed out at anyone who believes that he's not really in charge.

"I call my own shots, largely based on an accumulation of data, and everyone knows it," the president insisted.

I call my own shots, largely based on an accumulation of data, and everyone knows it. Some FAKE NEWS media, in order to marginalize, lies!
— Donald J. Trump (@Donald J. Trump) 1486382875.0

As Bradd Jaffy of NBC News points out, Trump's tweet came shortly after MSNBC's Morning Joe had a panel discussion that pondered whether Bannon was the man "calling the shots" in the Oval Office.

The internet treated Trump's tweet with scorn and derision, as some Twitter users saw it as a sign of deep insecurity -- or as one person put it, Trump looks "rattled and flailing."

Check out some of the best reactions to Trump's tweet below.

@realDonaldTrump President Bannon is going to be mad when he sees this tweet.
— Tony Posnanski (@Tony Posnanski) 1486382939.0