REVEALED: Forcing Mexico to pay for Trump’s wall could actually send more migrants into US 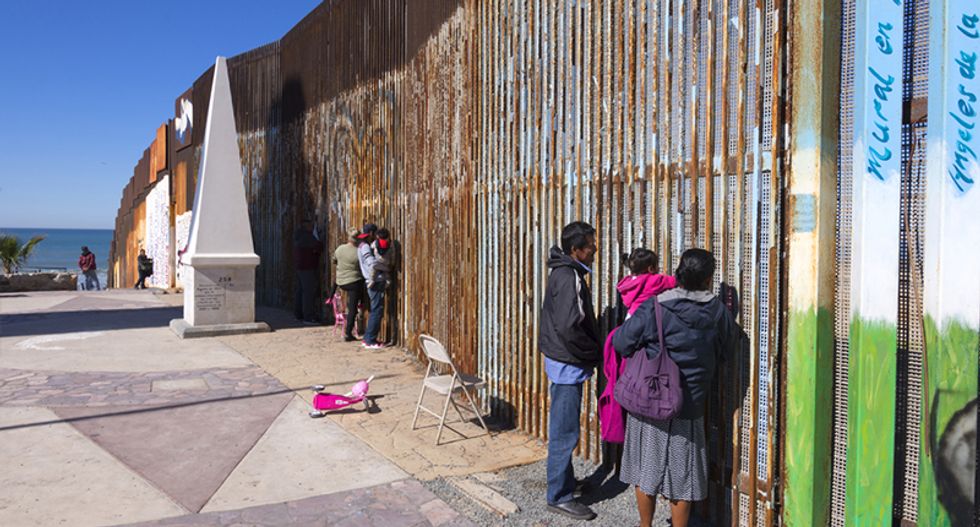 A Congressional Research Service report obtained by the Daily Beast shows that forcing Mexico to pay for President Donald Trump's wall might result in pulling funding from programs that police the border on the other side.

Trump claimed that if Mexico didn't pay for his wall that he would cut the aid the U.S. sends to the country. The report reveals that the majority of aid sent to Mexico helps to fund border policies that turn away Central American immigrants by the hundreds of thousands from entering Mexico from their southern border — and thus America's.

The program is part of a State Department initiative that helps law enforcement tackle international narcotics to the tune of $100 million given to Mexico in 2016. The total amount sent to Mexico was $162.1 million, the Daily Beast cites the Congressional Research Service.

Estimations for Trump's wall, by contrast, are all over the place. Trump himself claims it will cost $5 billion. Senate Majority Leader Mitch McConnell claimed it would cost $12 billion to $15 billion. However, most construction experts argue the cost would be over $30 billion because delivering materials to the area will require building roads and bringing in labor. There are also reports that the more affordable route would require paying Mexican labor and working with a Mexican cement company. An MIT Technology Review calculated a 2,000-mile border wall would cost $40 billion and their estimation doesn't include mile-high maintenance costs.

Haugaard went on to say that Mexico has been "bending over backward" to meet American demands to bar Central American immigrants from entering. They're even deporting legitimate asylum seekers fleeing violence, whom the United States generally accepts. In 2015 alone, 172,000 migrants from the northern part of Central America were turned away. However, in 2016, that number dropped to 153,000.

According to Ana Quintana, the Latin American policy analyst at the conservative Heritage Foundation, Mexican immigration has dropped significantly, while the uptick that was seen in immigration was actually coming from Central America.

There is yet to be a budget proposal sent to Congress for the wall and all Trump has done to act on his campaign promise has been an executive order to direct the construction of the wall.

Mexican President Enrique Peña Nieto refused to pay for the wall and canceled a recent meeting with Trump over statements made about the wall.

Former President Vicente Fox has outright trolled Trump, calling his wall "racist," telling him that he's not welcome in Mexico, and playing on the fears of working people desperate for better jobs.