Former Mexico President Vicente Fox unloads on Donald Trump: 'He is not welcome in Mexico' 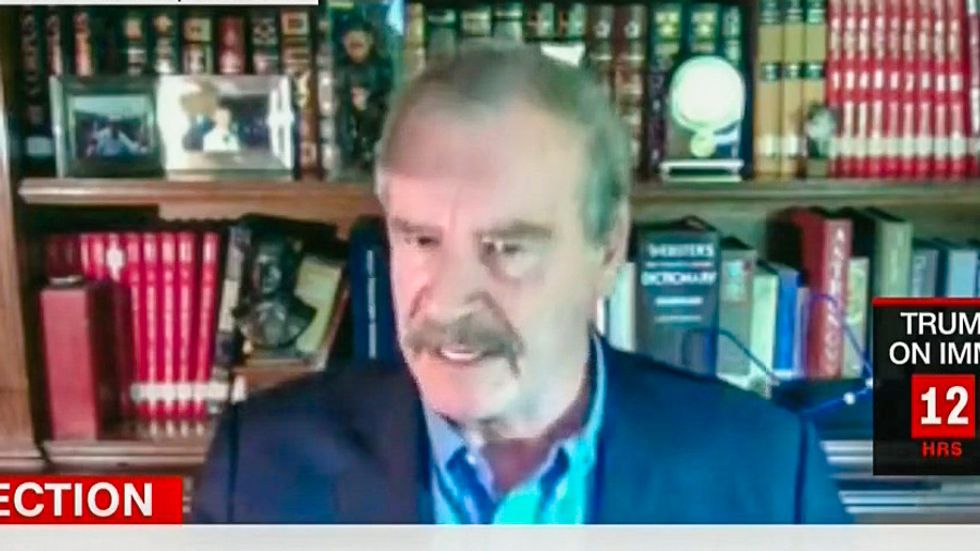 Vicente Fox, the former president of Mexico, apologized on behalf of his country after the current president, Enrique Peña Nieto, announced that he would be meeting with Donald Trump on Wednesday.

"He is not welcome to Mexico," Fox told CNN's Chris Cuomo. "I don't understand why President Peña has offered this opportunity. I think it's nothing more than a political stunt."

"Trump is using Mexico, using President Peña to boost his sinking poll numbers," the former president said. "I think that President Peña is taking an enormous political risk by hosting Trump. If's he's perceived as going soft on Trump, it will hurt him greatly. He will even be considered like a traitor."

Fox admitted that meeting with President Peña was a "very smart move" politically for Trump, but he argued that it did not change the fact that the GOP nominee could not be trusted.

"I apologize for our president," Fox remarked. "I'm sure [Trump] is going to be rejected by everybody here in Mexico. We cannot accept this going on."

Former President Vicente Fox, who is railing against my visit to Mexico today, also invited me when he apologized for using the "f bomb."
— Donald J. Trump (@Donald J. Trump)1472648858.0