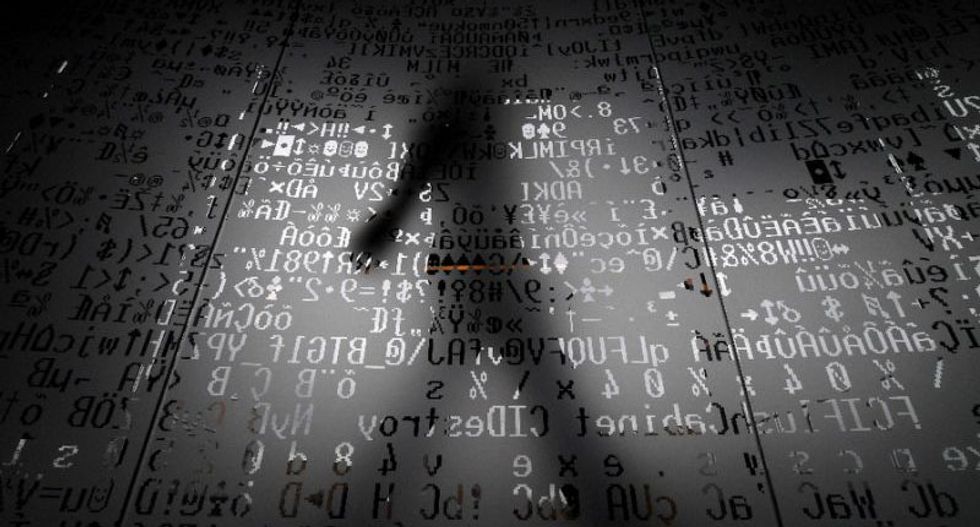 An employee walks past a glass panel at the Moscow headquarters of Kaspersky Lab, whose top investigator was among those detained (AFP Photo/Kirill KUDRYAVTSEV)

Russia has arrested two senior FSB cybersecurity officials and a top anti-hacking expert on suspicion of committing treason linked to the United States, a lawyer involved with the case said Wednesday.

Sergei Mikhailov, deputy head of the FSB's Centre for Information Security, and his deputy Dmitry Dokuchayev are currently in detention along with Ruslan Stoyanov, head of the investigation unit at Moscow-based cybersecurity giant Kaspersky, lawyer Ivan Pavlov told AFP.

Pavlov confirmed the three were charged with treason and said "the case is connected to the United States". But he added that there was no mention of the CIA in the documents related to the case.

News of the arrests followed a flurry of reports in the Russian media over a case which could prove to be one of the highest-profile treason cases to hit the Russian intelligence community in years.

Russian authorities have not confirmed the arrests, but the Kremlin said President Vladimir Putin had been informed about media reports on the matter.

A CIA spokesman told AFP the agency has "no comment."

Russian hacking is currently in the spotlight following accusations by the US intelligence community that Putin ordered cyberattacks on American organisations to help get Donald Trump elected president.

Peskov insisted there could be no connection between the US allegations and the reported treason case because Moscow "categorically denies any claims on the possible Russian involvement" in any hacking.

Pavlov -- who is representing one of the defendants -- said court proceedings would likely not to start for a long time.

He said the case involved more than three suspects, without elaborating.

Kaspersky confirmed Stoyanov's arrest last week but gave no details, saying the allegations against him pertained "to a period of time when he was not an employee of the company."