Schwarzenegger trounces Trump in latest round of Twitter war 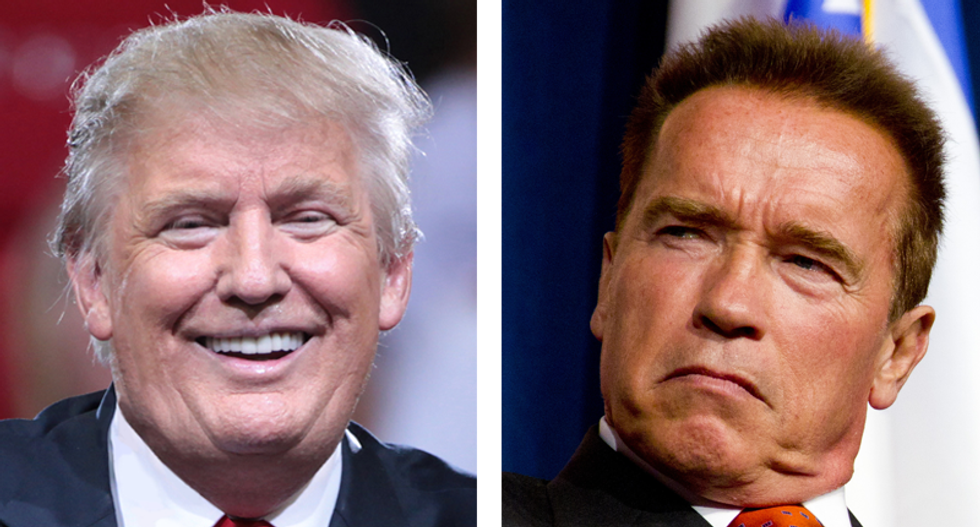 Arnold Schwarzenegger on Friday clapped back at Donald Trump, responding to the president’s early morning tweet that he did a “really bad job” as governor of California and as the new host of the Apprentice.

“Yes, Arnold Schwarzenegger did a really bad job as Governor of California and even worse on the Apprentice...but at least he tried hard!” Trump tweeted just before 6:30 a.m.

Yes, Arnold Schwarzenegger did a really bad job as Governor of California and even worse on the Apprentice...but at least he tried hard!
— Donald J. Trump (@Donald J. Trump) 1486121091.0

A feud erupted between the president and former governor of California on Thursday, when Trump asked the National Prayer Breakfast to pray for Schwarzenegger’s ratings on “Celebrity Apprentice.”

Responding to Trump, Schwarzenegger posted a video on Instagram yesterday offering to “switch jobs” with the president.

A spokesman for Schwarzenegger also issued a statement imploring Trump to take “his job seriously.”

“Arnold is praying that President Trump can start improving his own approval ratings, which were the worst in history for an incoming president,” Daniel Ketchell told ABC News.