SpaceX to send first space tourists around moon next year 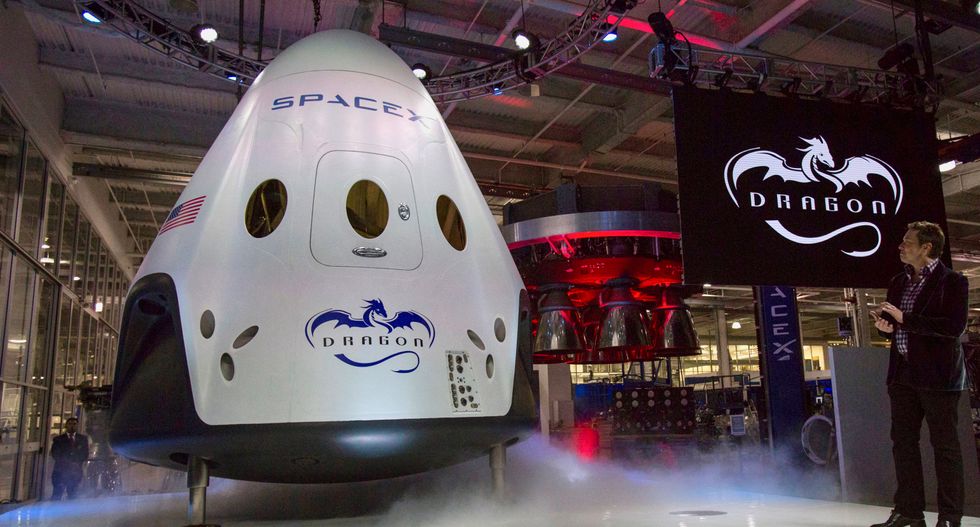 Space Exploration Technologies plans to launch two paying customers on a tourist trip around the moon next year using a spaceship under development for NASA astronauts and a heavy-lift rocket yet to be flown, Chief Executive Elon Musk told reporters on Monday.

The launch of the first privately funded tourist flight beyond the orbit of the International Space Station is tentatively targeted for late 2018, Musk told reporters on a conference call.

Musk declined to identify the customers or say how much they would pay to fly on the weeklong mission, except to say that it’s "nobody from Hollywood." He also said the two prospective space tourists know each other.

"We would expect to do more than one mission of this nature," he added. "This should be incredibly exciting."

Musk also said that if NASA decides it wants to be first in line for a lunar flyby mission, the U.S. space agency would take priority.

At the behest of the Trump administration, NASA is conducting a study to assess safety risks, costs and potential benefits of letting astronauts fly on the debut test flight of its heavy-lift Space Launch System rocket and Orion capsule.

That mission is currently planned to be uncrewed and scheduled to launch in late 2018.

"If NASA decides that they want to do the first lunar orbit mission, we would obviously give them priority," Musk said.

Musk said the privately funded moon expedition would take place after his California-based company, known as SpaceX, begins flying crew to the International Space Station for the National Aeronautics and Space Administration.

NASA is hoping those crew-ferrying flights begin by late 2018.

SpaceX’s own Falcon Heavy rocket, which Musk wants to use for his own lunar tourist mission, is scheduled to make a debut test flight later this year.

Plans call for SpaceX's two-person lunar venture to fly some 300,000 to 400,000 miles from Earth past the moon before Earth's gravity pulls the spacecraft back into the atmosphere for a parachute landing.

That trajectory would be similar to NASA's 1968 Apollo 8 mission beyond the moon and back.