Trump fans confused and angry about the liberal backlash: 'We all shut our mouths when Obama got in' 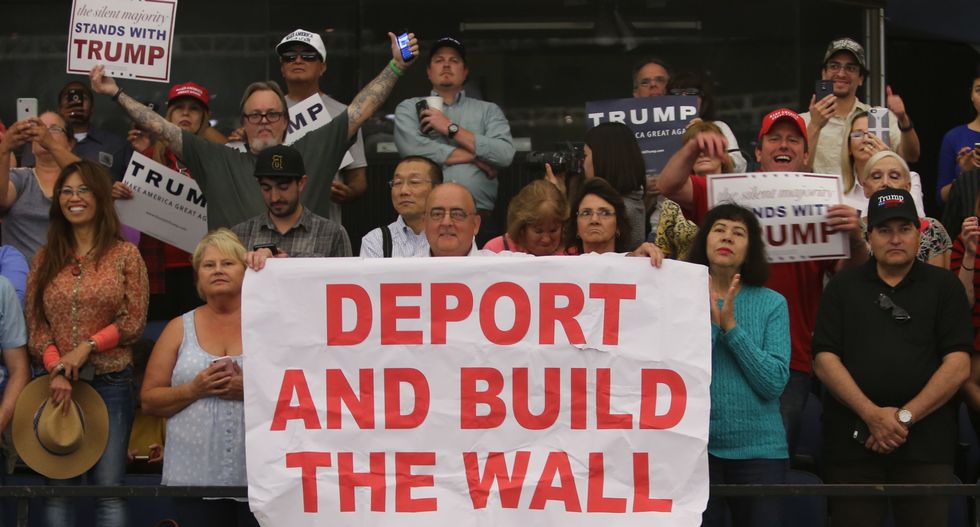 On Saturday, President Donald Trump held his first post-inauguration rally in Florida, where he made a now-infamous—and largely debunked—statement suggesting that Sweden had become more dangerous because of refugees.

The Washington Post interviewed rally attendees, finding them to be confused, angry and occasionally gleeful about the backlash to the Trump administration.

One woman interviewed by the Post called administration critics cry-babies.

“They’re stonewalling everything that he’s doing because they’re just being babies about it,” said Patricia Melani, 56, a Jersey native said. “All the loudmouths? They need to let it go. Let it go. Shut their mouths and let the man do what he’s got to do. We all shut our mouths when Obama got in the second time around, okay? So that’s what really needs to be done.”

In fact, President Obama's presidency was battered by conservative protests, particularly after the rise of the Tea Party movement.

The interviewees also had generally negative thoughts about the media.

“It was hilarious to see him give it to the media,” 28-year-old Tony Lopez told the Post. “The media’s problem is that they keep wanting to make up stories so that he looks bad. It doesn’t work. He’s talking right through you guys.”

The divide between Trump critics and supporters was evident at the rally, with protestors wielding signs like "Impeach that puppet." That gap also appeared in their news sources, with one attendee saying she loved Fox News.

Asked if the country could ever be united, another woman offered an unorthodox political solution.