Trump to take 'proactive' approach in Chicago, not just lock people up: pastor 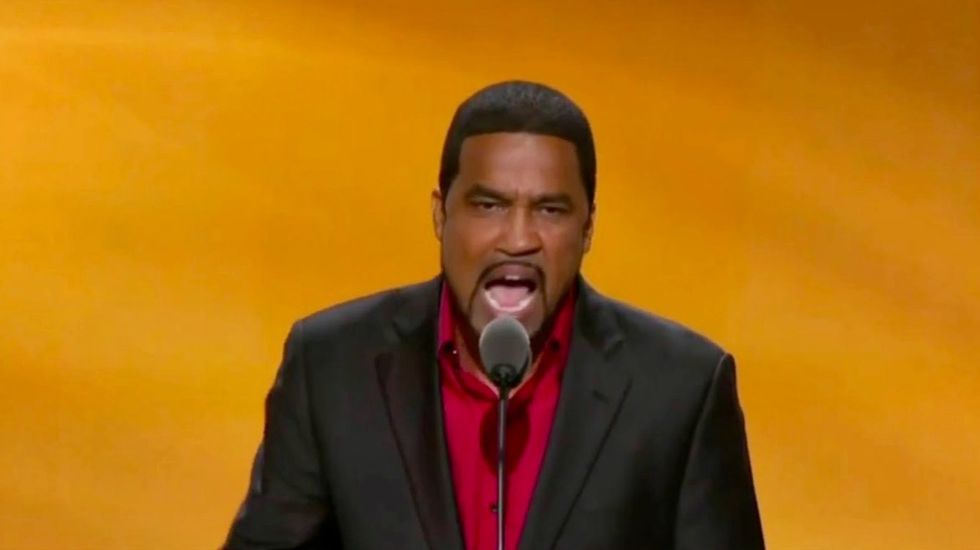 Donald Trump will take a "proactive" approach to dealing with violence in Chicago that does not involve simply locking people up, Cleveland-based pastor Darrell Scott said after meeting with the U.S. president on Wednesday.

Scott, a prominent African-American Trump supporter during the presidential campaign, attended a listening session at the White House that also included other black Trump supporters and officials to celebrate the start of Black History Month and to discuss issues affecting the black community.

Trump has pledged to improve the lives of black residents of inner cities and to crack down on crime and violence in urban areas, especially in Chicago, where murders have spiked.

Last month, Trump threatened to "send in the Feds" if Chicago does not get its murder rate under control.

"We're going to have some proactive measures taken with Chicago," Scott told reporters after the meeting. "We're not just going to send in Feds and start arresting black people."

At the start of the White House meeting, Scott said some "gang" members from Chicago had reached out to him about having a sit-down to reduce the violence.

Trump told Scott he supported starting a dialogue but stressed that crime must come down.

In January, there were 51 murders in the city, up from 50 a year earlier, according to figures released by the Chicago Police Department on Wednesday. The number of shootings fell to 234 from 242, but the number of victims increased to 299 from 291.

"Murders and shootings remain at levels unacceptable to me," police Superintendent Eddie Johnson told reporters at a news conference on Wednesday, "and you have my word that we will continue to put our plans into place and make the necessary investments in technology (and) training of our officers to make Chicago a safer city."

Police recovered more than 600 guns off the streets in January, a 60 percent increase from a year earlier, and the number of arrests for firearm offenses doubled.