Trump's biggest problem with McCarthy's Spicer impression on 'SNL' was his portrayal by a woman: report 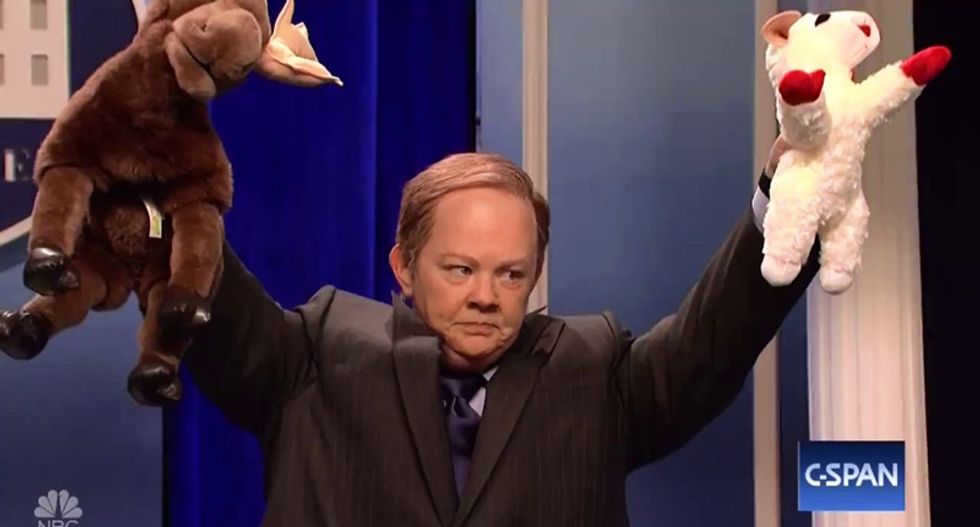 According to sources close to Trump, Spicer’s portrayal by a woman was “most problematic in the president’s eyes.”

McCarthy—dressed in drag— played the press secretary as a gum-swallowing, lectern-wielding maniac trying in vain to answer questions from the press. McCarthy’s shouting, unhinged Spicer, was met with near-universal applause from critics, who called it one of the best pieces of political satire in recent memory.

Spicer tried to downplay the impact of the SNL skit on Monday, telling Extra McCarthy “needs to slow down on the gum chewing; way too many pieces in there.” But according to Politico, the embarrassing skit certainly reverberated throughout the Trump White House.

"Trump doesn't like his people to look weak," a Trump donor said.

This isn’t the first time Trump’s reportedly taken issue with Spicer’s portrayal in the media. Immediately after the White House Press Secretary was asked to read a statement at a press conference insisting—despite every indication otherwise—that the president’s inauguration crowd was the “biggest ever," The New York Times’ Maggie Haberman reported Spicer’s performance, from his ill-fitting suit to his lacking a sense of humor, irked the president.

“Trump wanted him to be in command/project strength,” Haberman tweeted. “He did neither. … [H]e wanted Spicer to be a derivative of himself -Trump almost always takes q's & slices it with humor.”

Looks like the president finally did see a Spicer performance where he projected strength and sliced it with humor. Unfortunately for him, that performer was McCarthy.