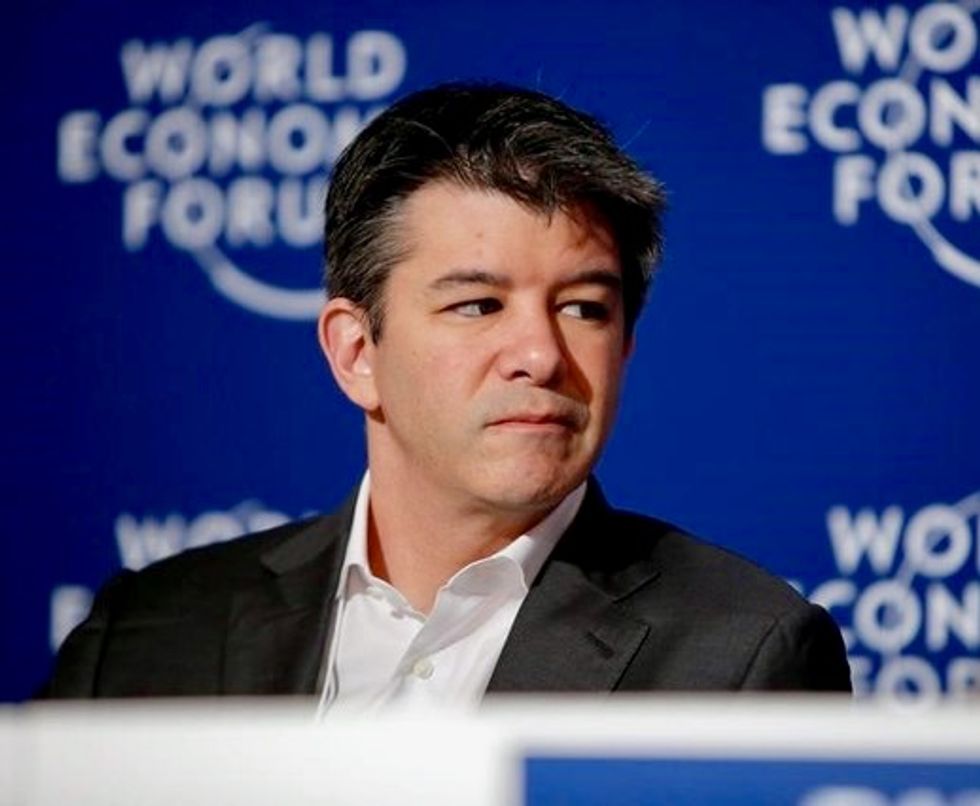 The CEO of the ride hailing service had been under mounting pressure from activists who oppose the administration's immigration policies. Critics included Uber drivers, many of whom are immigrants themselves.

"Joining the group was not meant to be an endorsement of the president or his agenda but unfortunately it has been misinterpreted to be exactly that," Kalanick, who had planned to attend a meeting of the group on Friday, said in an email to staff that was seen by Reuters.

Uber spokeswoman Chelsea Kohler later confirmed that he had left the group.

Social media campaigns had targeted Uber, urging users to delete accounts and opt for rival Lyft Inc. Uber has been emailing users who deleted their accounts to say it shares their concerns and will compensate drivers affected by the ban.

Kalanick said he spoke briefly to Trump about the immigration order "and its issues for our community" and told the president he would not join the economic council.

The CEO came under increasing pressure to leave the council after Trump issued an executive order temporarily barring people from seven majority-Muslim nations from entering the United States.

"There are many ways we will continue to advocate for just change on immigration but staying on the council was going to get in the way of that. The executive order is hurting many people in communities all across America," he wrote in a note to employees. "Families are being separated, people are stranded overseas and there’s a growing fear the U.S. is no longer a place that welcomes immigrants."

The move could put pressure on other CEOs expected to attend a meeting with Trump on Friday. General Motors Co said its chief executive will attend, while Walt Disney Co said earlier Thursday its chief executive would not attend because of a long-planned-board meeting.

The departure could signal a growing rift between technology companies and Washington.

"There is a battle brewing between Trump and Silicon Valley," said Neeraj Agrawal, general partner at Battery Ventures. "They (the Trump administration) clearly don't value the economic activity generated by tech."

Microsoft Corp on Thursday said it proposed a modification of Trump's travel limits.

Technology companies including Microsoft, Google owner Alphabet Inc, Apple Inc and Amazon.com Inc have opposed Trump’s order, arguing that they rely on workers from around the world.

Amazon and Expedia Inc have filed court documents supporting a legal challenge to the order by the Washington state attorney general.