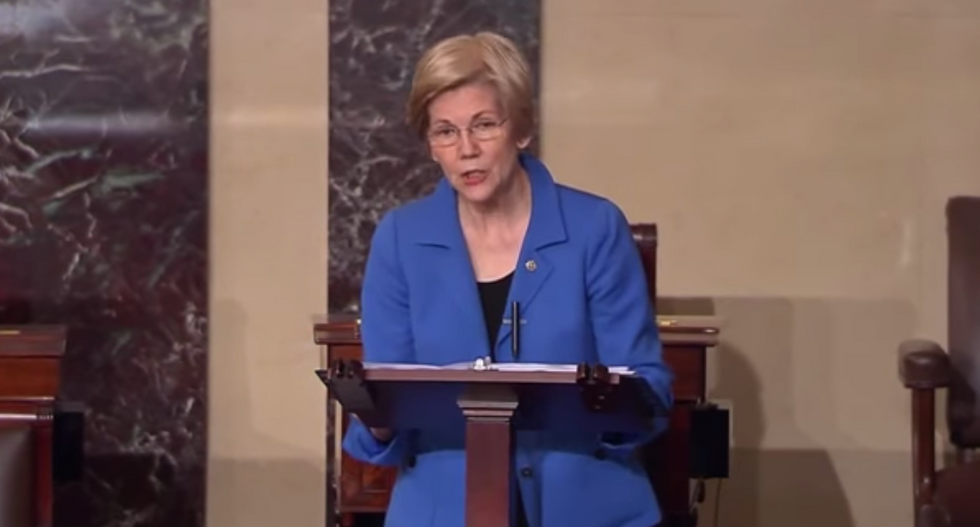 The dramatic event unfolded late Tuesday, during a marathon session spearheaded by Senate Democrats to protest the AG nominee. Warren was reading aloud King’s detailing her opposition to Sessions during his previous confirmation hearing for federal judgeship.

“Mr. Sessions has used the awesome power of his office to chill the free exercise of the vote by black citizens in the district he now seeks to serve as a federal judge,” King wrote in the letter read Monday by Warren. “This simply cannot be allowed to happen.”

McConnell quickly objected to Warren’s reading, charging the senator with impugning “the motives and conduct of our colleague from Alabama” by reading King’s letter.

“I am surprised that the words of Coretta Scott King are not suitable for debate in the United States Senate,” Warren said. But Republicans continued to challenge Warren’s speech and rejected her appeal to continue.

On Twitter, Warren raged against the Senate’s decision, pledging she will not remain silent “about a nominee for AG who has made derogatory and racist comments.”

“Tonight, [McConnell] silenced Mrs King's voice on the Sen floor, and millions who are afraid and appalled by what's happening in our country,” she added.

I will not be silent about a nominee for AG who has made derogatory & racist comments that have no place in our justice system.
— Elizabeth Warren (@Elizabeth Warren) 1486517399.0

I will not be silent while the Republicans rubber stamp an AG who will never stand up to the @POTUS when he breaks the law.
— Elizabeth Warren (@Elizabeth Warren) 1486517443.0

In a call with CNN’s Don Lemon Tuesday night, Warren emphasized that she was reprimanded for reading “an important historical document” that’s pertinent to the Senate's upcoming vote.

Watch Warren’s interview with Don Lemon below, via CNN: