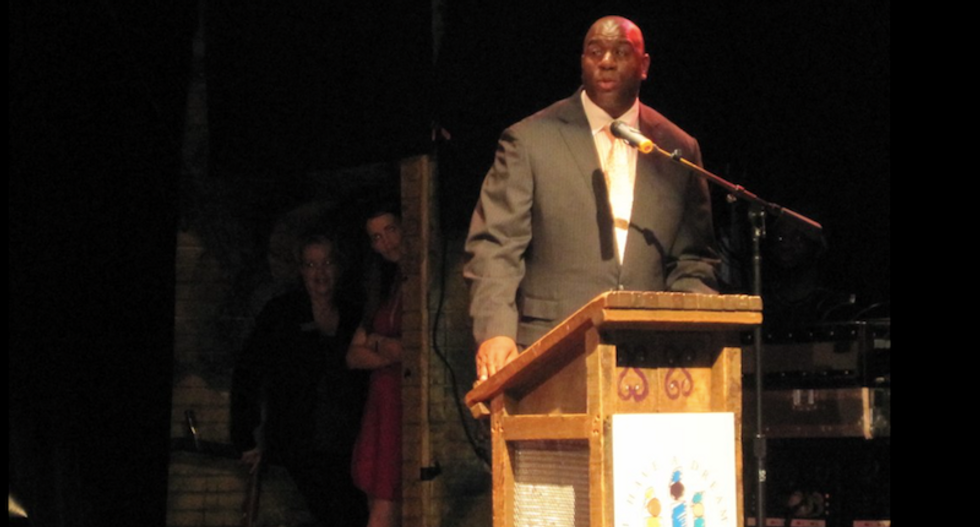 Sports legend Magic Johnson has been an outspoken critic of the Trump administration.

Now, it looks as if he's boycotting the Trump brand. Asked by TMZ about whether he's staying at Trump hotels, the basketball star replied, "Not anymore."

Recently, the basketball star launched into a detailed critique of the first few weeks of the Trump administration.

Asked about the President's anti-Muslim policies, he said, "It's wrong to discriminate against people. We have a lot of great Muslim brothers and sisters who are doing a wonderful job," he continued.

He also condemned the administration's anti-Latino policies, like threatening to deport  undocumented immigrants and building a wall along the border.

"A lot of times he hasn't taken us seriously as African-Americans as well," Johnson noted. He also pointed out that the Trump has a history of mistreating women.

"He's got to learn that you can't just be a dictator."