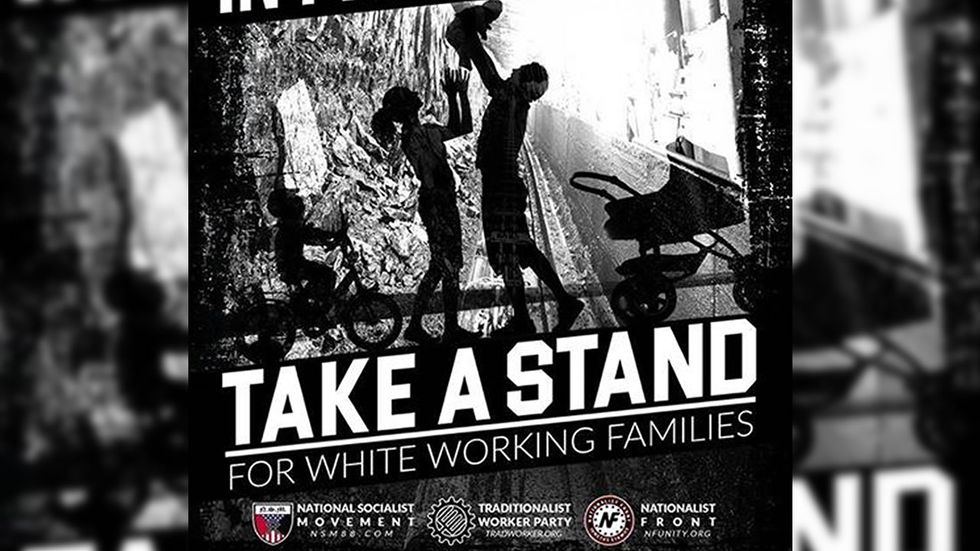 A white nationalists group announced on Facebook that it is planning to hold a conference for "white working families" at a Kentucky state park in April, the Lexington Herald-Leader reported.

The Traditionalist Worker Party said in a Facebook post this week that the group had chosen Eastern Kentucky because "Pike County is 98.35% European and went over 80% for Trump in the recent elections." The group noted that "dinner, speeches, live music, and training seminars" would be held at Jenny Wiley State Park in Floyd County.

"Dress code for men is a black work shirt, black pants, and black boots; with an organizational patch on the left arm," the Facebook post explained. "Women are requested to dress modestly and in black as well."

Attendees were also "encouraged to wear a black military style cap and aviator style sunglasses" and to "be prepared for possible Leftist attacks."

Kentucky State Parks pointed out in a statement that the state "cannot discriminate against individuals or groups under the First Amendment of the U.S. Constitution."

The park system said that the Traditionalist Worker Party had misrepresented the event as a family reunion and would need to reapply for a proper permit.

"The executed contract for this event was for a family reunion, and the parks department was not notified of the intent of this meeting until late last evening," the statement said. "As a public event, a different contract will be required. The new contract will include safety and other provisions, and the group will have to reapply under the correct process."

The Southern Poverty Law Center classifies the Traditionalist Worker Party as a hate group "that advocates for racially pure nations and communities and blames Jews for many of the world’s problems."

Matthew Heimbach, a leader of the group, was charged last year for shoving a black woman at a Trump rally.