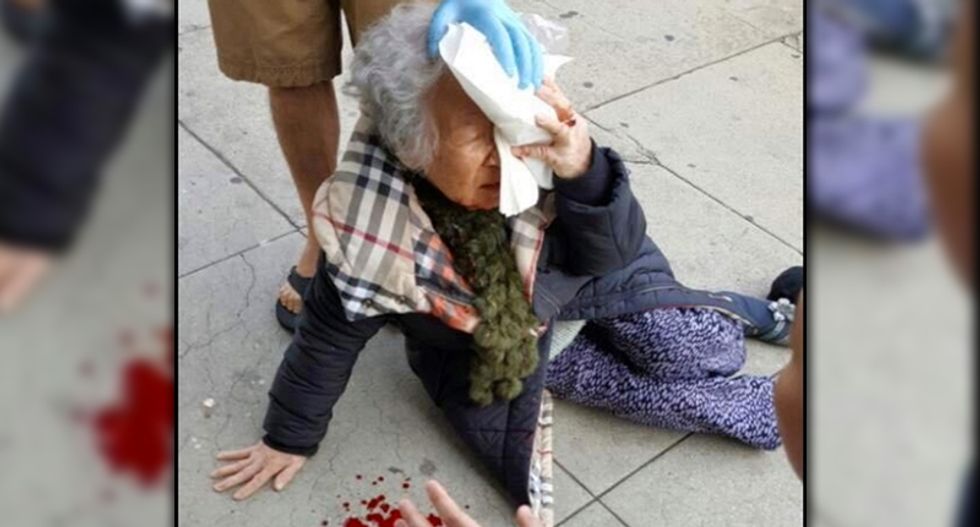 A white woman assaulted an 83-year-old Korean woman in Los Angeles, which was reported on Facebook by the Koren publication Joongang Ilbo. The report said that the Korean woman was walking down the street when the white woman yelled "white power," knocked her to the ground, and fled.

The woman hit her head when she fell. According to the report, another person who witnessed the attack chased the white woman down and she was later arrested. According to Sgt. Randy Espinoza, the Korean woman "suffered a one-inch cut to her left cheek as a result of the fall and had pain in her knee" and noted that witnesses said the suspect punched her, the LA Times reports.

The suspect gave her name as Patty Garcia when she was arrested but was later identified by her fingerprints as 27-year-old Alexis Duvall. The sergeant told the Times that the suspect appeared to be either intoxicated or suffering from mental illness. Duvall reportedly yelled "power is power" repetitively and also shouted the N-word.

She will not be charged with a hate crime but was booked on battery and is being held on a $50,000 bail.