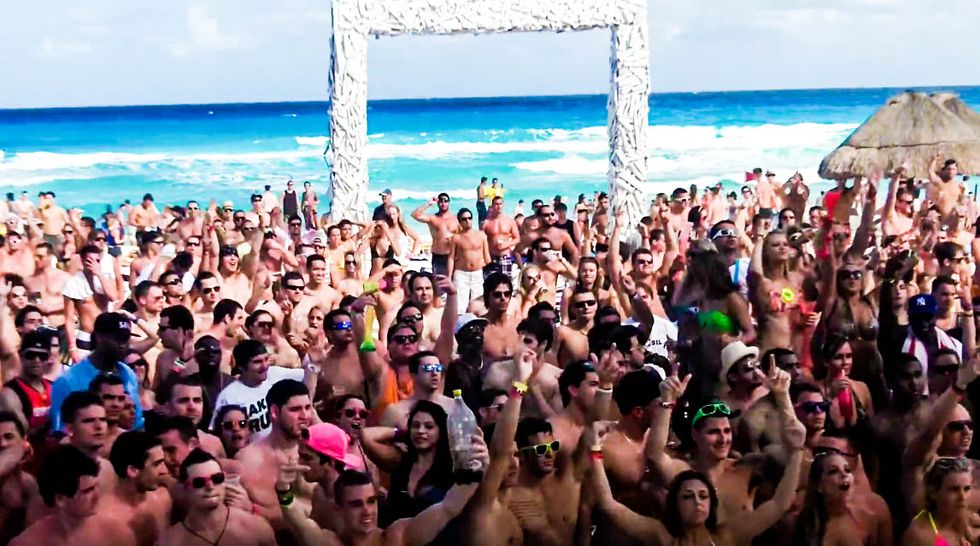 A group of Americans on vacation in Cancun, Mexico were slammed by a Mexican newspaper late last week after they chanted "Build the wall!" while on a tourist ship.

As SFGate notes, an editorial in the Yucatan Times called out a group of American students who were aboard a local tourist ship off the coast of Cancun and reportedly chanted "Build that wall!" despite the fact that they were the ones who were traveling across the border from the United States to Mexico.

The editorial said that the Americans were committing "acts of xenophobia and discrimination against Mexicans within their own country," which the paper said "should be unacceptable."

The editorial goes on to note that while "several Mexican tourists on board the ship expressed their annoyance," the Americans nonetheless "did not stop at all and continued singing the racist hymn."

The editorial concludes that this "situation is far from being an isolated incident, and it adds to the growing number of complaints from tourism sector workers, who point out that in recent days many Spring Breakers have been offensive, rude and haughty towards Mexican people."