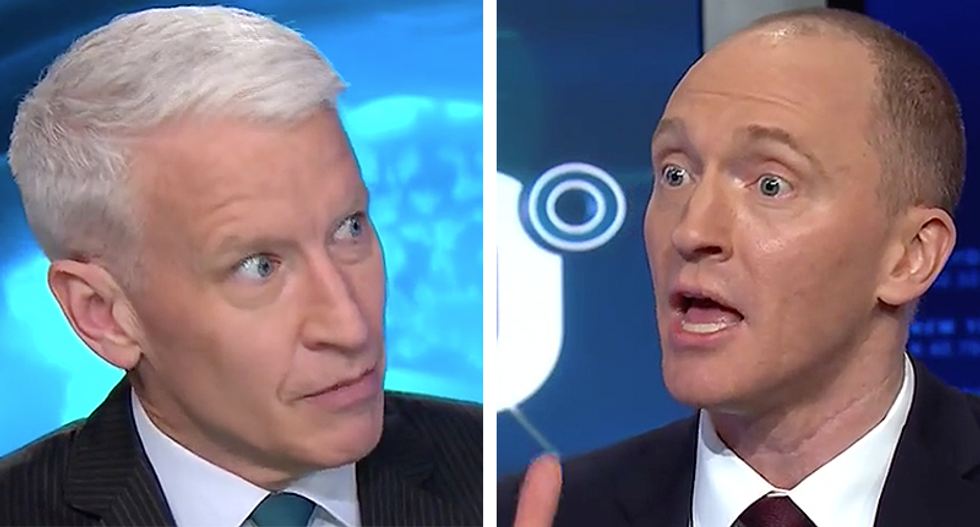 Former Donald Trump campaign advisor Carter Page never once shook Trump's hand but somehow he has claimed that he has been in meetings with Trump. Page meant meetings in the Russian sense, however, which are rallies.

In an embarrassing interview with Anderson Cooper on Friday, Page tried to dodge questions by claiming that the two wouldn't even be having a conversation were it not for leaks to USA Today.

Page said that he didn't attend a meeting with Russians so much as he attended a conference. Cooper asked why Page didn't clarify to reporter Judy Woodruff that he spent less than ten seconds with the Russian Ambassador. That said, Page did say that he was using the "Russian definition" of a meeting, which seemed to mean any joint gathering. Cooper questioned then if the "hundreds or thousands of people" who attended a Trump rally could claim they had a meeting with Trump.

"I've been in smaller ones as well," Page clarified.

When Cooper came back from a commercial break he referred to Page as Trump's foreign policy advisor but clarified, "though the definition of an advisor seems to be in some dispute."

Page also confessed he's been asked to testify before Congress. "I just got a really nice letter from the Senate Intell Committee asking me to preserve everything," he told Cooper. "I'm so excited."

He reiterated his claim that he has been targeted in this scandal because he is a Catholic man but said that there is a long list of reasons why he was targeted.

Page also had trouble clarifying if he was ever sent a cease and desist letter by the Trump campaign.

Watch the brutal interview below: