Angela Rye confronts Van Jones over Trump's speech: 'I definitely don't think that this is presidential' 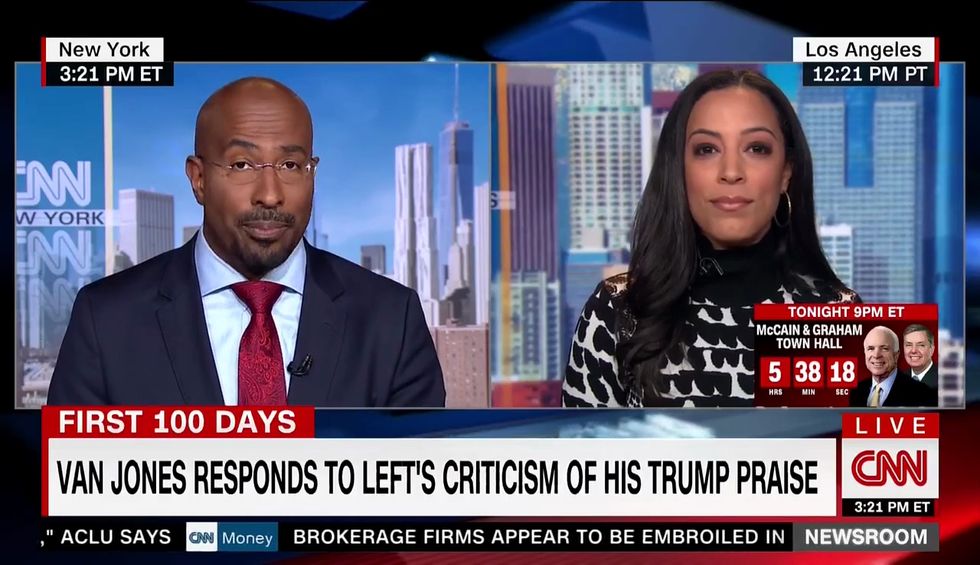 "I don't think it's presidential," Rye said. "It could be I don't understand the standard that we're using. If by presidential you're talking about a leader on a world stage, one that Americans can be, everywhere, hopeful about, then I think the answer is a resounding no."

"He talked about creating jobs that he did not create," she noted. "I'm not willing to give him a pass just because the bar is low."

After Trump addressed Congress Tuesday night, Jones declared that "he became President of the United States" during his tribute to the widow of a slain NAVY Seal.

Jones on Wednesday insisted that Trump had actually improved his tone since his inaugural speech. "Everybody got mad at me for saying this, but watch the bounce he gets out of that speech and watch how he starts to use a different playbook. Liberals are going to have to reset. He is not always going to just hand us opportunities to go after him."

Jones added that liberals were failing to address certain realities about Trump. "He is actually holding strong with Republicans ... and independents are moving his way, even before this speech... we are going to have to take him more seriously."

But Rye argued the emphasis on Trump's changing tone was misplaced.

"It does not matter what the tone is," Rye said. "I've not been a tone person. I've been all about what he says and the impact of what he says. So him and his Muslim ban that he says is not a Muslim ban and he's going to see them in courts, it's still just as treacherous. We still have to acknowledge the dangerous nature of the word he speaks."