'Be careful what you wish for': Top dem taunts Trump over wiretap investigation demand 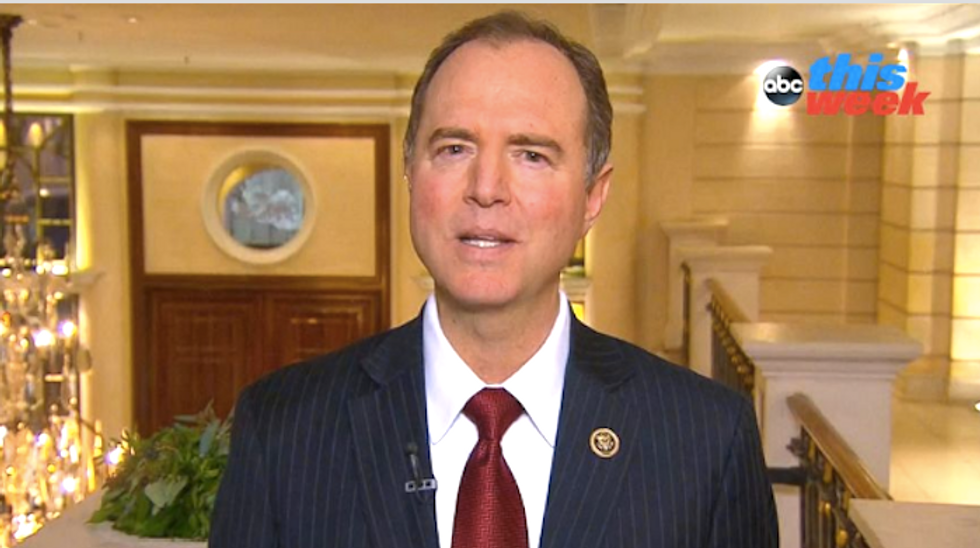 Rep. Adam Schiff (D-CA) on Wednesday taunted Donald Trump over the president’s call for Congress to investigate his allegation that former President Barack Obama tapped Trump Tower during the 2016 presidential campaign, warning the president to “be careful what you wish for.”

Trump demanded an investigation into his unsubstantiated wiretap claims, despite his ability, as president, to declassify material that would prove his assertion. Schiff, a top Democrat in the House of Representatives, cautioned the president that he may not like where that investigation leads.

“I don’t think [Trump’s claim] has much credibility,” Schiff said. “But they’ve asked us to look into that and be careful what you wish for.”

“I’d like to have those who were present at the time be asked the question, ‘Was the president of the United States being honest, was he being accurate, when he accused his predecessor of wiretapping he and his associates?” Schiff continued.

The Democratic leader pointed out that “in this case” he believes the end result will be “high-ranking current and former officials telling the American people whether the president was truthful with them.”

“The president is going to get what he wanted,” Schiff said with regards to a Congressional investigation. But he said the truth may not be exact what he’s hoping for.

“[An investigation] will be done while the country is watching,” Schiff added.

Schiff: Committee can call FBI, CIA and DOJ to testify, "there needs to be some repercussion" for wiretap allegation https://t.co/d5w6ahfWnh