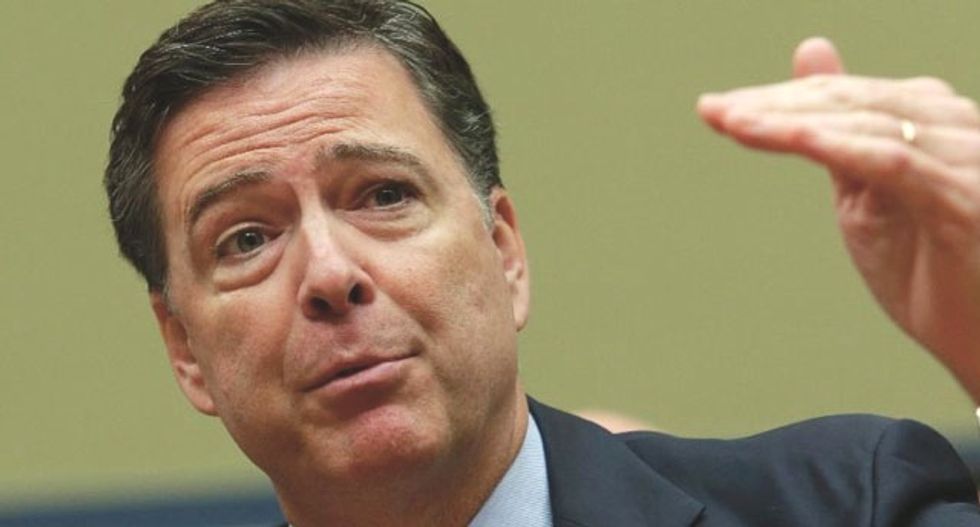 On Monday, FBI director James Comey testified before the House Intelligence Committee. In the widely anticipated hearing, the head of the FBI confirmed the existence of an FBI investigation into Russia's role in the US election.

"I have been authorized by the Department of Justice to confirm that the FBI as part of our counterintelligence mission is investigating the Russian government's efforts to interfere in the 2016 presidential election," Comey said.

Earlier in the morning, Donald Trump took to Twitter to make his case.

James Clapper and others stated that there is no evidence Potus colluded with Russia. This story is FAKE NEWS and everyone knows it!
— Donald J. Trump (@Donald J. Trump)1490006128.0

The Democrats made up and pushed the Russian story as an excuse for running a terrible campaign. Big advantage in Electoral College & lost!
— Donald J. Trump (@Donald J. Trump)1490006988.0

The real story that Congress, the FBI and all others should be looking into is the leaking of Classified information. Must find leaker now!
— Donald J. Trump (@Donald J. Trump)1490007777.0

Just heard Fake News CNN is doing polls again despite the fact that their election polls were a WAY OFF disaster. Much higher ratings at Fox
— Donald J. Trump (@Donald J. Trump)1490013314.0

"What the President said was just patently false, and the wrecking ball it created now has banged into our British allies and our German allies," Schiff said on NBC News' "Meet the Press."

Your suggestion British wiretapped you & jape with Merkel are harming our relationships with key allies. This is called "collateral damage."
— Adam Schiff (@Adam Schiff)1490011890.0

The intelligence community concluded the Russians will interfere again. This is why full investigation is important to country. Please stop.
— Adam Schiff (@Adam Schiff)1490012099.0

Comey's testimony was expected to put the rumors to rest.