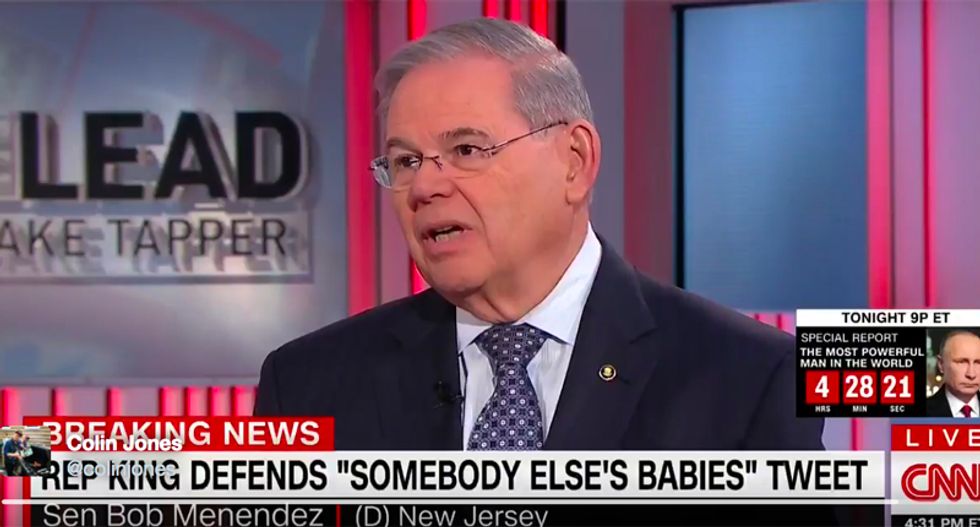 Sen. Bob Menendez (D-NJ) on Monday chastised Sen. Steve King (R-IA) over his “despicable” claim that “we can’t restore out civilization with somebody else’s babies,” explaining to CNN’s Jake Tapper that he was exactly type of person King was talking about.

“Steve King is the leader of the ‘Make America White Again’ movement,” Menendez said of his colleagues comments. “and the reality is I guess ‘somebody else’s baby’ is someone like me. Who was born in the United States from parents who fled Cuba and came to the greatest country in the world.”

Menendez went on to issue a heartfelt praise of American multiculturalism.

“The greatest experiment in the history of mankind is the United States of America,” Menedez said. “And part of that great experiment, part of American exceptionalism, is the great diversity of people who have come to this country, fully embraced America, fully embraced its values and ideals, and ultimately contributed enormously.”

“So Steve King is just from a Cro-Magnon period of time,” he added.