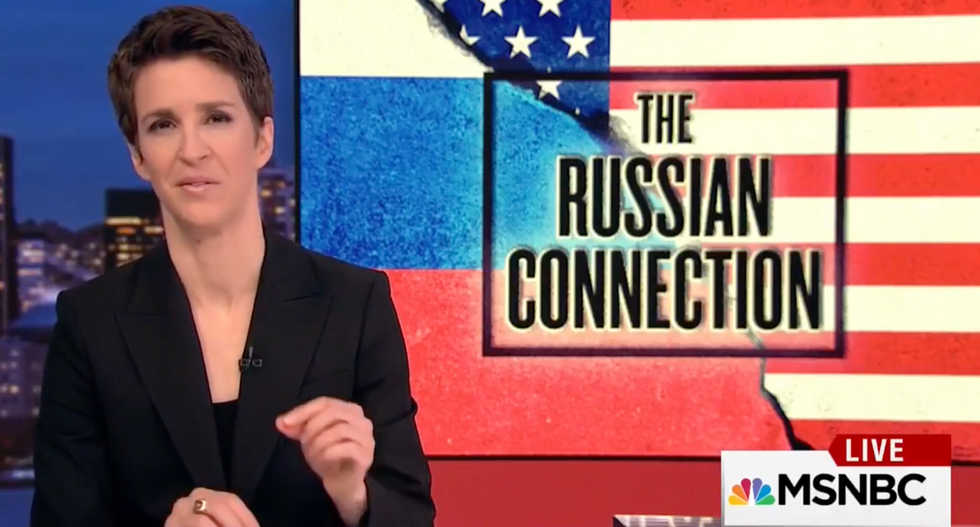 MSNBC’s Rachel Maddow on Wednesday continued her brutal takedown of Donald Trump’s repeated denials that he or anyone in his campaign were involved with Russian interference in the 2016 election, arguing, “Everyday, a new piece of it falls into place.”

Maddow explained that authorities are “looking into a Russian citizen in conjunction with one of the incidents on the Trump campaign last year which defied explanation at the time.” That incident, Maddow said, was the Trump campaign’s decision to gut a GOP party platform that encouraged a hardline approach against Russia.

“This was one of the first direct signs that something strange was up,” Maddow said, explaining that while much of the GOP party platform last year didn’t “seem very Trumpian,” the campaign “let everything else in the platform slide” except for the adversarial stance against Russia.

Maddow said it was “weird at the time,” but it wasn’t until recently that we learned the platform change was made “specifically at Donald Trump’s request.”

“You can feel the pillars sort of start to sway here, right?” Maddow asked.

Maddow then turned her attention to the bombshell Trump dossier, a 35-page document released on Jan. 11 that alleged misconduct and direct ties between the president and the Russian government. The MSNBC host said she was bringing up that unverified dossier because the “baseline allegations of [it] actually appears to be about that platform change.”

“Everyday a new piece of it falls into place,” Maddow said, later adding, “all the supporting details are checking out.”

According to the MSNBC host, everyday another part of the “increasingly corroborated dossier” is verified, while the Trump administration's “previous denials are all falling apart.”