'Everyone who tried to run, they killed them’: Witnesses say Yemen raid was chaotic bloodbath 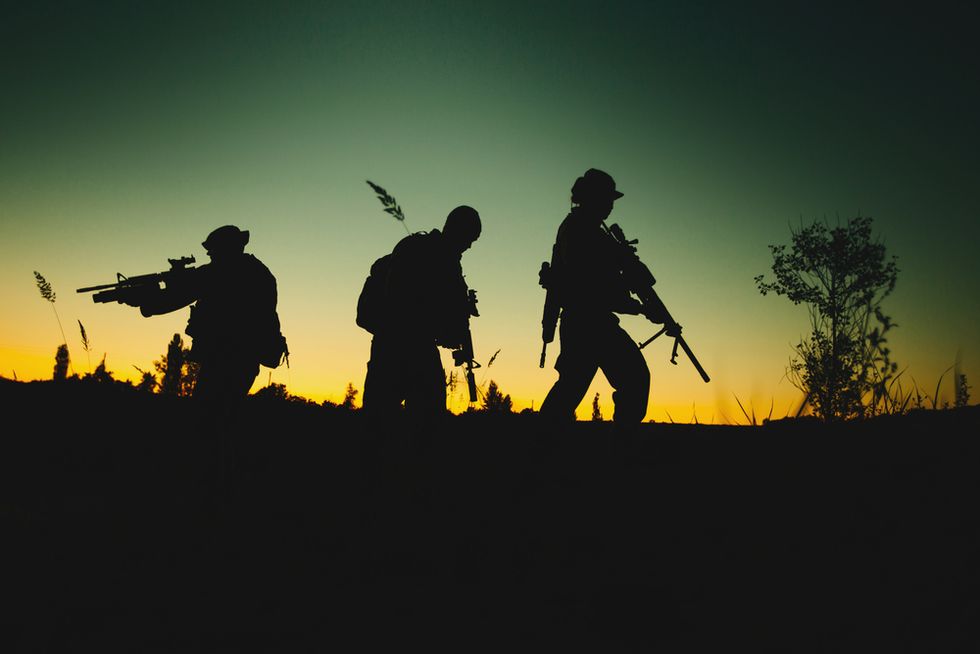 The Jan. 29 U.S. Navy SEAL raid on a Yemeni village that marked Pres. Donald Trump's first strategic engagement was reportedly a chaotic bloodbath in which a number of women and 10 children under the age of 13 perished as they ran for their lives.

The Intercept's Iona Craig wrote on Thursday that the village of al Ghayil was decimated by the raid, in which U.S. helicopter gunships hovered over the remote settlement and sprayed gunfire "in what seemed to be blind panic," killing 29 civilians and "striking more than a dozen buildings, razing stone dwellings where families slept, and wiping out more than 120 goats, sheep, and donkeys."

The raid -- which Pres. Trump approved over dinner and didn't even bother to monitor from the White House Situation Room -- began a little after 1 a.m. when the villagers were sleeping. Accustomed to the sound of drones passing overhead, they ignored the buzzing that night until they began to hear the sound of heavy gunfire from only a few hundred feet away. The SEAL raiding party was pinned down in a gunfight and called in aerial support in the form of helicopter gunships.

"Nesma al Ameri, an elderly village matriarch who lost four family members in the raid, described how the attack helicopters began firing down on anything that moved," wrote Craig. "In the days after the raid, the Pentagon claimed that the women killed were armed and fought the incoming U.S. special operations forces from 'pre-established positions.'”

"Yet all of the witnesses to the attack interviewed by The Intercept in al Ghayil strongly challenged this accusation, citing a culture that views the prospect of women fighting, as Nesma al Ameri put it, as 'eib' — shameful and dishonorable — and pointing out the practical implausibility of women clutching babies while also firing rifles," said Craig. "A CENTCOM spokesperson refused to provide any details about female fighters to support its assertion."

“Everyone who tried to run, they killed them,” said Sheikh Aziz al Ameri, who lost 20 family members, they youngest of whom was 3 months old.

“Each new revelation about this tragic operation is grievous and shocking,”said Hina Shamsi -- director of the American Civil Liberties Union National Security Project. "Even in recognized armed conflict, there are rules to safeguard against the killings of civilians, and even under the Obama administration’s imperfect lethal force policy, which to the best of our knowledge remains in effect, there are constraints that should have prevented or at least minimized civilian deaths.”

Weeks after the raid, Craig said, what was once a village now stands "largely deserted."

"With little reason to stay after their livestock had been eradicated, families fled in fear of further attack and imminent enemy takeover following the death of Abdulraouf al Dhahab, Qayfa’s most eminent adversary of the Houthi-Saleh forces. The majority of the men, women, and children who survived are now indefinitely displaced," she said.

The operation's purported target, Abdel Raouf Dhahab, was killed, but some intelligence sources now say that he was just a local tribal leader and not affiliated with al-Qaida in the Arabian Peninsula (AQAP) at all.

No significant intelligence was gathered in the attack, which Craig said has hardened anti-American sentiment in the region.

"While President Trump continues to hail the mission as a success, quoting Defense Secretary James Mattis in Congress last week that intelligence gathered 'will lead to many more victories in the future against our enemy,' in Yakla, the clearest outcome appears to be lengthening the list of America’s adversaries beyond al Qaeda," she said.

She concluded by quoting Mohammed al Taysi, a tribesman who tried to join the fight in al Ghayil.

“If they come back,” he said, “tell them to bring their caskets. From now we are ready for any fight with the Americans and the dog Trump.”