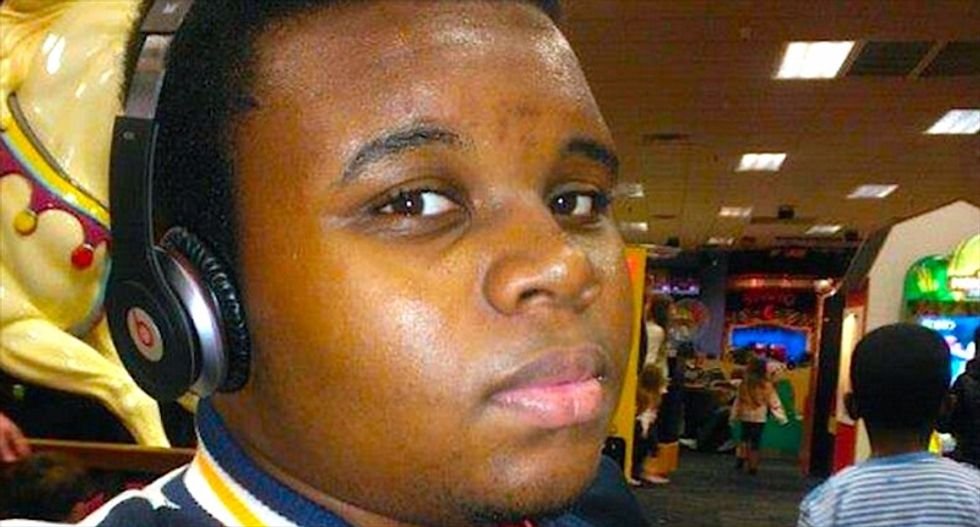 A contentious battle has sprung up regarding the facts about the shooting death of 18-year-old Michael Brown in the St. Louis suburb of Ferguson at the hands of police officer Darren Wilson.

On Thursday, St. Louis Post-Dispatch reporter Jeremy Kohler published a refutation of a series of challenges leveled against the current narrative of the events leading up to Brown's death.

"More than 2 and a half years after the fatal shooting of Michael Brown by Ferguson police Officer Darren Wilson, new theories continue to surface claiming that everything you thought you knew was wrong," Kohler said. He then provided links to different stories:

Wednesday: Wilson now says Brown didn’t attack him or reach for the gun!

"(A) cloud of out-of-context information, assertion and overreach has suddenly descended on Ferguson," Kohler wrote. "Its origin can be traced to records and documents involving Brown that mostly have been part of the public record for some time. But they are now being billed as significant discoveries."

On Tuesday, the Washington Post published a series of written questions posed to Wilson in the lead-up to his trial before a grand jury. In his answers, Wilson admitted, “I have repeated a racist remark made by someone else, but I have not made a racist remark against another individual while on duty as a police officer.”

When asked whether he and other officers had used the "N-word" to describe black people, Wilson answered, "Admitted."

"What did Wilson mean? His attorney, Greg Kloeppel, could not be reached," wrote Kohler.

In the document, Wilson admitted that he had been accused of racial discrimination in the past and had been cited for excessive use of force. However, as Kohler noted, "Ferguson city officials have said Wilson had a clean disciplinary record. They did not respond to a request to explain Wilson’s answers."

He continued, "A grand jury impaneled in St. Louis County to investigate the shooting decided not to indict Wilson in November 2014. The U.S. Department of Justice four months later found that 'the evidence does not establish that Darren Wilson violated the applicable federal criminal civil rights statute.'”

TheRoot.com published a piece on Wednesday alleging that Wilson's answers published in the Post constituted a reversal of everything the public has been led to believe about Brown's death.

Wesley Lowery of the Post took The Root's Michael Harriot to task on Twitter, saying that none of the conclusions Harriot drew from the interrogatory document are in fact accurate.

Harriot and Lowery diverge on whether or not Brown tried to grab Wilson's gun or whether it was in the holster when he did so. Kohler said that Harriot has gotten it wrong and that grand jury records show no inconsistencies between Wilson's answers to the interrogatory and his grand jury testimony.

"In the interrogatory, Wilson says only that Brown didn’t try to take the gun out of the holster," wrote Kohler. "That doesn’t contradict his grand jury testimony, in which he said Brown hit him so he drew his own gun, and Brown tried to grab it from his hand."

He continued, "Wilson also told the grand jury that Brown punched him in the face. The Root article says the latest documents prove there was no attack by Brown."

However, the fact that the attack did not come up in detail in the interrogatory, Kohler said, only means that it was not covered in detail, not that it didn't happen.

Filmmaker Jason Pollock's new documentary "Stranger Fruit" is a reexamination of Brown's death and the violence and unrest that followed in Ferguson. Pollock says that Brown never robbed the Ferguson Market, but conducted a marijuana sale to clerks on duty in exchange for a pack of cigarillos, which he later returned to claim.

"Pollock, and Brown’s mother, Lezley McSpadden, allege that the video shows Brown trading a store clerk marijuana for cigarillos about 11 hours before he was shot and killed by Wilson, and disproves the police notion that Brown was robbing the store shortly before he was killed," wrote Kohler.

The video taken later does not show Brown shoplifting from the store, Pollock maintains, but actually returning to the store to pick up something he'd bartered for earlier.

Prosecutor Bob McCulloch told the Post-Dispatch that his team knew about the video, but deemed it "not relevant or admissible” to Wilson's case before the grand jury.

"The footage Pollock used had been altered," Kohler said, "and the complete version, which McCulloch released on Monday, showed Brown 'attempting to barter' with store employees, who refused a small package put on the counter."

"Brown returned the merchandise to the counter and took back the small package before leaving the store, according to both McCulloch and an attorney for the market. The footage then shows an employee putting the cigarillos back on the shelves after Brown leaves," Kohler said.

McCulloch told the Post-Dispatch that the video "scoop" has been a part of public record since 2014.

“This is a clear attempt to distort this and turn it into something it isn’t," he said. "There was no transaction, but there certainly was an attempt to barter for these goods, but the store employees had no involvement in that, and when he left, they put everything where it belonged… It’s very clear there was no transaction between Mr. Brown and the store employees and to suggest he’s coming back to get what he bartered for is just stupid.”