Ex-NSA analyst rips Trump for exploiting 'trapped' widow: 'She didn't want to stand up -- we know why' 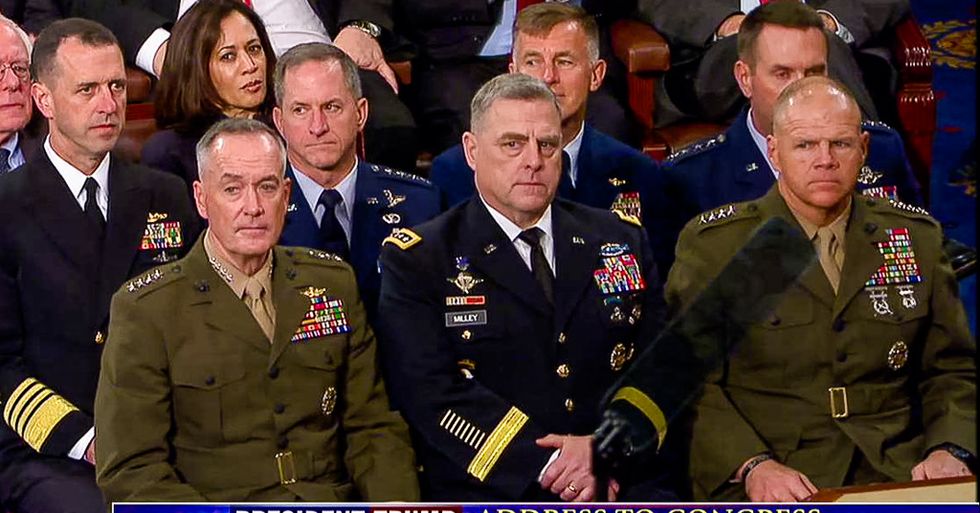 According to Schindler, the president crossed the line during his address to a joint session of Congress when he used Carryn Owens as a political prop.

Anybody who saw the faces of the Joint Chiefs tonight when the cam hit them knows exactly what the US military thinks of Trump.
— John Schindler (@John Schindler) 1488338206.0

So "the generals" got S/Chief Owens killed, but let's spotlight his widow on live TV. Has Stockholm Syndrome overtaken the whole country?
— John Schindler (@John Schindler) 1488345295.0

I have sympathy for Trump voters who got scammed. It happens. Got none for DC RW pundits who want to pretend that Trump just isn't Trump.
— John Schindler (@John Schindler) 1488346056.0