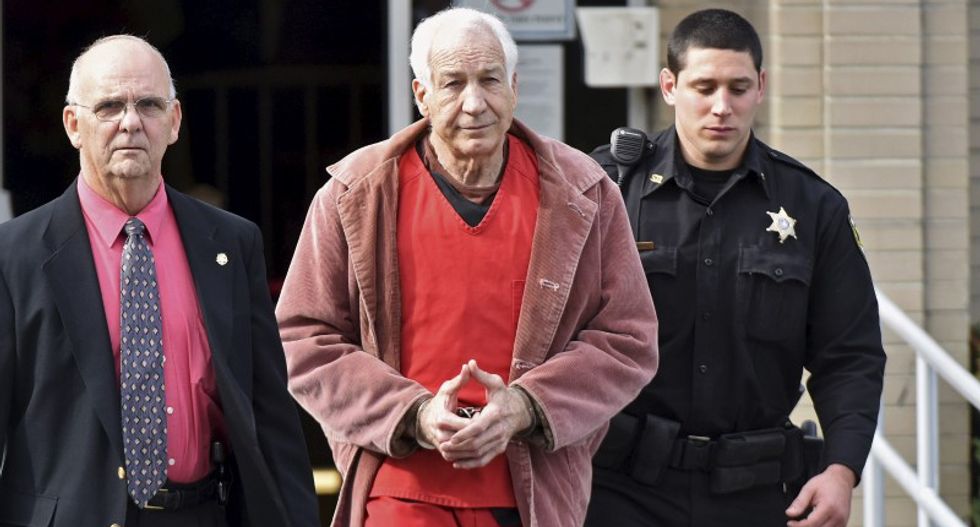 Ex-Penn State President Graham Spanier, Curley and Schultz were charged in 2012 on suspicion of failing to notify authorities of reports of child sexual abuse by Sandusky. He was convicted in 2012 of abusing 10 boys on campus and elsewhere. He is serving 30 to 60 years in prison.

Spanier, the last remaining defendant in the case, is scheduled to go on trial next week.

The guilty pleas by Curley and Schultz indicated they could testify for the prosecution against Spanier, Penn Live reported.

A spokesman for the Pennsylvania Attorney General's office, which is prosecuting the case, declined to comment.