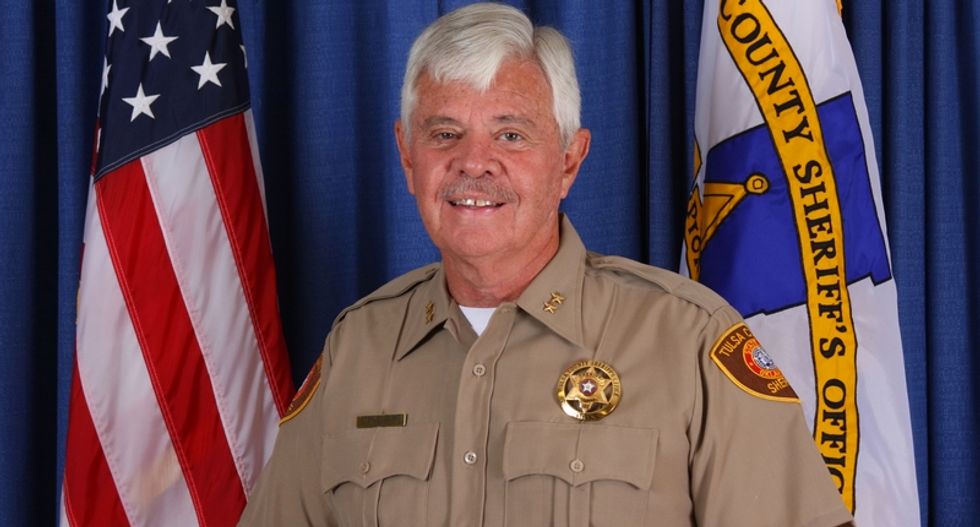 Oklahoma jails might not be a racially sensitive place for inmates but apparently, it isn't for employees of the jail either.

Courtroom testimony in Tulsa, Oklahoma Monday revealed that in 2011 African-American staff at the Tulsa County jail were called “n*gronoids” or “n*groids” by former Sheriff Stanley Glanz, who resigned in 2015, the Daily Beast reported. The revelation is part of a wrongful death suit for 37-year-old Army veteran Elliott Williams, who was paralyzed on the floor of his cell pleading for help for days.

Glanz explained that he didn't consider the term to be offensive for black inmates because the FBI used the word to describe blacks in the 1960s or 1970s. Court documents allege staff would mark an “N” or a “W” next to inmates’ names to indicate if they were black or white. Tulsa County was forced to settle six lawsuits thanks to Glanz's words, totalling $1 million in legal fees and settlement payments.

Dan Smolen, the attorney for Williams' estate, noticed the "N" vs. "W" indication on a memo (PDF) that was sent in 2006. The letters appeared beside "M" or "F" to indicate gender. According to the Daily Beast, it was this memo that was the smoking gun for all of the discrimination suits Glanz and Tulsa County faced.

Deposition transcripts from 2015, quotes Smolen asking Glanz, “How long did the sheriff’s office use that coding system to refer to their African-American employees?”

“Yeah, I don’t know,” Glanz replied. He confessed that the "N" stood for n*gronoid and went on to say that he doesn't think the indication "might be offensive to an American-American employee." He later chalked it up to being “police lingo.”

The Williams trial began Feb. 22 before an all-white jury after one person of color was dismissed to handle a family emergency.

Correctional Healthcare Companies Inc. was named as part of the lawsuit but has already settled with the Williams estate. Glanz and current sheriff, Vic Regalado are still fighting the case.

Williams had no criminal record and was arrested during a mental breakdown in an Owasso, Oklahoma hotel room after his wife left him. He was charged with misdemeanor obstruction in October 2011. He complained for days that he couldn't move or get to water or food trays in his cell. A nurse with Correctional Healthcare Companies Inc. examined Williams via video feed monitoring his cell and told investigators that Williams was "faking" it. He ultimately died of a broken neck and medical examiners ruled he was dehydrated at the time of his death.

The clinic staff came under fire just weeks before Williams was allegedly killed. The Department of Homeland Security’s Office of Civil Rights and Civil Liberties found there was a “prevailing attitude of indifference among the clinic staff” at the jail, according the Daily Beast cited.

Experts testified last week that Williams' death would have been prevented with medical care.