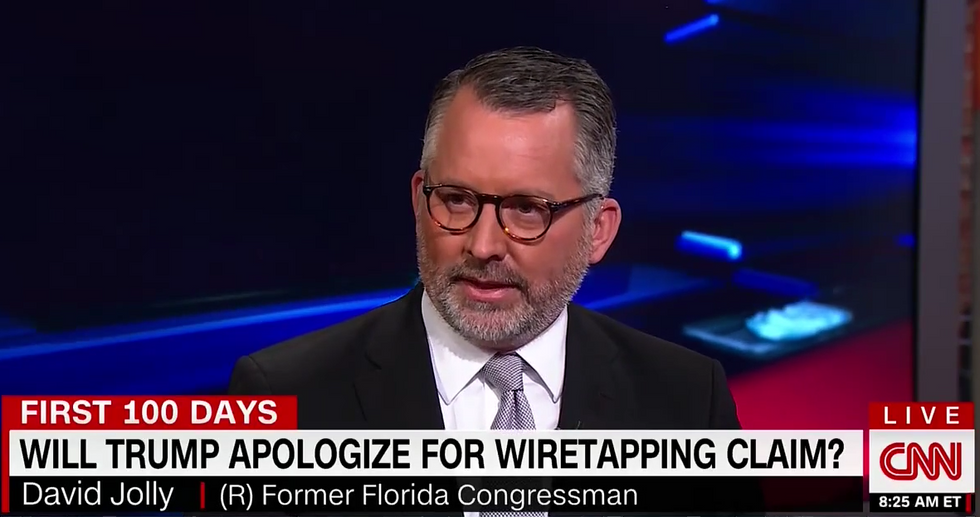 When asked by CNN's Poppy Harlow whether Trump should publicly apologize if it's revealed that he was wrong in accusing former President Barack Obama of wiretapping Trump Tower during the 2016 election, Jolly said that he should -- but he also said that an apology wouldn't mask Trump's other major shortcomings as president.

"There's a bigger issue, whether this president is intellectually qualified to be President of the United States," Jolly said.

"You're saying he's not smart enough?" she asked him. "That's quite a charge."

Jolly went on to explain that Trump has very little knowledge about policy, and that he's relying on cable news shows to inform him about the details of legislation he's already endorsed.

"Well, I just think it's an absurd claim to suggest that the president doesn't have the intellect to be president," he said. "President Trump has run a multi-billion dollar organization. He ran the most, I would say, historic campaign from the standpoint of coming out from nowhere to be elected president."