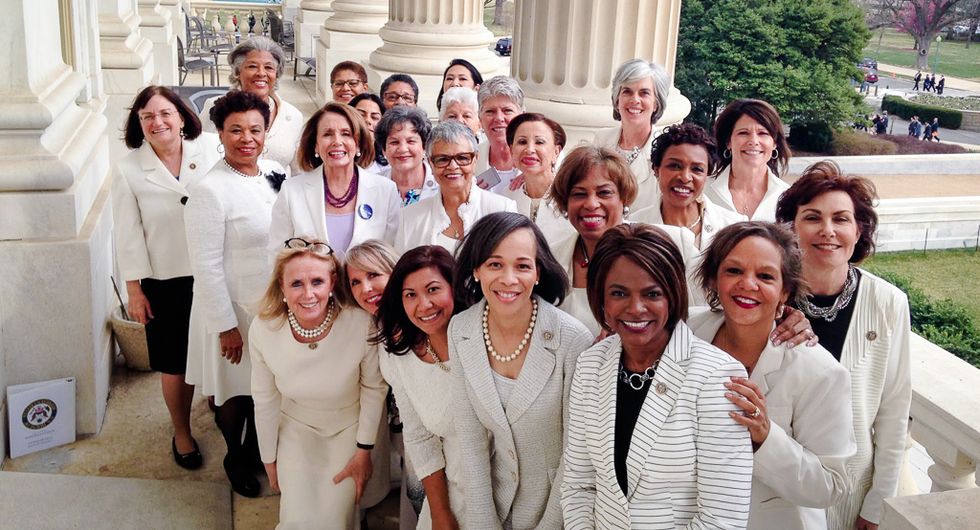 Politico reported that Cramer made the remarks while participating in a radio town hall in response to a constituent who asked about the possibility of bipartisan efforts in Congress.

Cramer agreed that Republicans and Democrats could find common ground on issues like infrastructure spending, but he then changed the subject to complain about the attire of female Democratic lawmakers.

“But by the way, did you notice how poorly several of them were dressed as well?” he asked, according to Politico. “It is a syndrome. There is no question, there is a disease associated with the notion that a bunch of women would wear bad-looking white pantsuits in solidarity with Hillary Clinton to celebrate her loss. You cannot get that weird.”

Rep. Lois Frankel (D-FL) said on Tuesday that lawmakers wore white "to unite against any attempts by the Trump administration to roll back the incredible progress women have made in the last century, and we will continue to support the advancement of all women."