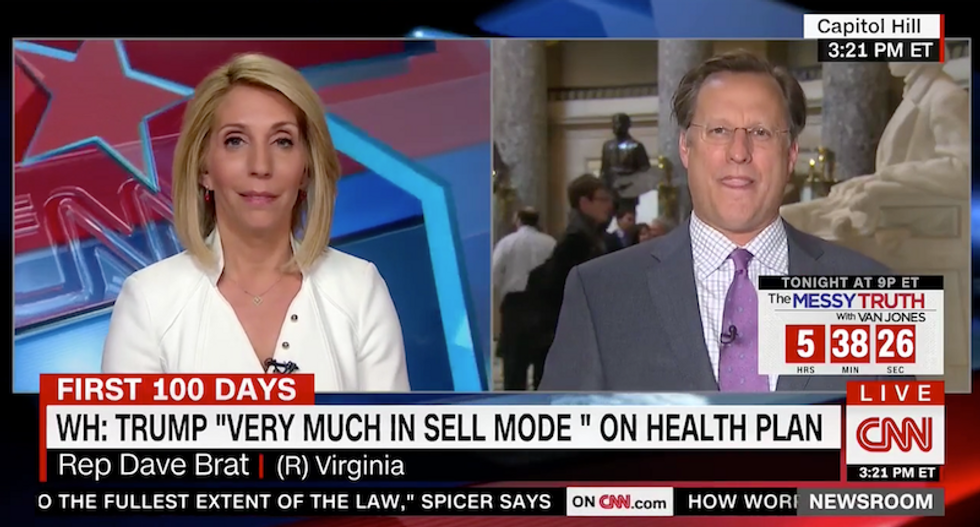 The Republican party and the Trump administration have had some trouble appearing as a united front since Donald Trump took office in January. On Wednesday, CNN's Dana Bash addressed the GOP's new health care proposal with GOP Rep. Dave Brat of Virginia.

Bash asked in particular about Press Secretary Sean Spicer's comments that Trump is "very much in sales mode" regarding the health care plan, and whether Trump being in sales mode meant he was no longer listening to suggestions for changing the plan. "Do you see any scenario where you will be a buyer?" Bash asked.

"I don't think whoever said that has got it quite right," Brat started before Bash cut in to remind him that it was the president's spokesman who made that claim. "Yeah, well I listen to what Trump says," Brat said. "Yesterday, he tweeted out that we're in negotiation mode, so I doubt he's changed in a day. So there's the president and there's the spokesman."

It wouldn't be the first time Trump has changed his mind in a day's time.