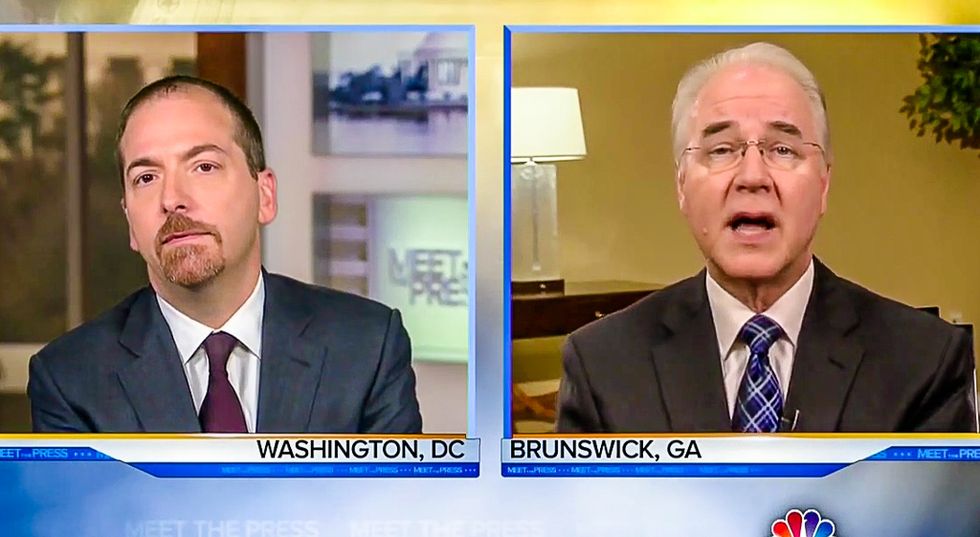 Health and Human Services Secretary Tom Price promised on Sunday that "nobody will be worse off" under the Republican plan to place President Barack Obama's health care reform law.

On NBC's Meet the Press, host Chuck Todd asked Price how he could call the Affordable Care Act a "failing system" if millions of people were being covered under the law.

"Can you say for certain that once this bill is passed that nobody will be worse off financially when it comes to paying for health care?" Todd asked.

"There are a lot of people worse off right now," Price insisted, opining on the cost of premiums under Obamacare.

"I notice you ducked the aspect of whether you can guarantee that nobody will be worse off financially," Todd pressed.

"I firmly believe that nobody will be worse off financially in the process that we're going through," Price replied. "Understanding that they'll have choices that they can select the kind of coverage that they want for themselves."

"There's costs that needs to come down, and we believe that we're going to be able to do that through this new system," he added. "There's coverage that's going to go up."