Howard Dean: GOP 'taking money from people on Medicaid' who voted for Trump and 'giving it to CEOs' 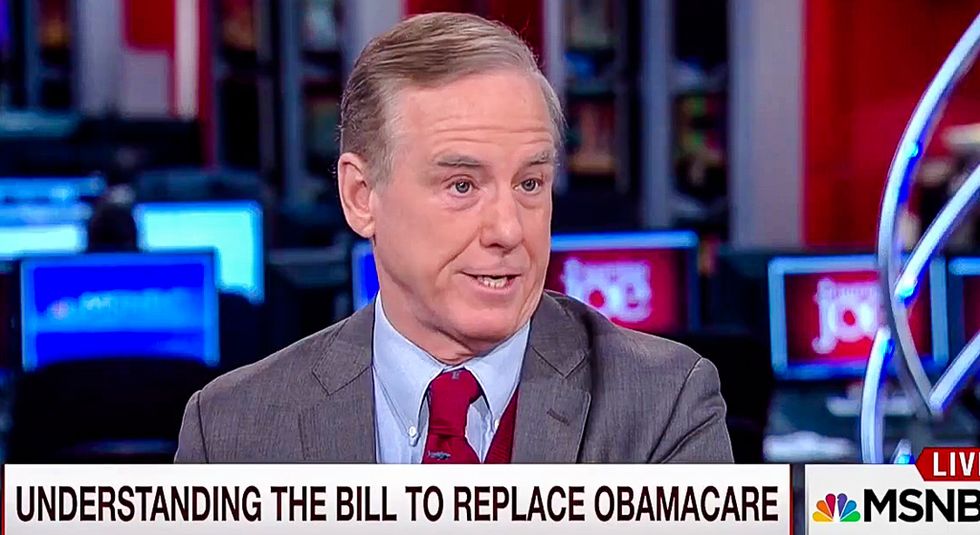 Former Vermont Gov. Howard Dean asserted on Tuesday that the Republican plan to "replace" the Affordable Care Act was going to take the biggest toll on President Donald Trump's own voters.

During a discussion on MSNBC about the House Republican's health care bill -- known as the American Health Care Act -- Dean warned that 15 million people could lose their insurance under the new law.

According to Dean, a "big majority" of those who would lose their coverage "are in states that voted for Donald Trump."

"The estimate is that by 2020 15 million Americans will have lost their health insurance as a result of this bill," he explained. "Mostly as a result of the phasing out of the Medicaid [expansion]."

The former Vermont governor pointed out that Republicans had included a "theoretically unrelated" provision which "gives insurance companies a huge windfall because there is today a cap over how much deductability you have over CEOs salary."

"It is lifted so there is no tax for a corporation on money that you pay the CEO over half a million dollars," Dean noted. "So, if you're making $6 million and you're the head of Aetna, all that's tax free to the corporation now."

"So, basically, they are taking money from people on Medicaid in Kentucky and West Virginia, which voted for Trump, and giving it to CEOs of health insurance companies and every other CEO in the country."

Watch the video below from MSNBC, broadcast March 7, 2017.