'I was roadkill': April Ryan condemns Sean Spicer's disrespectful abuse of her for bringing up Russia 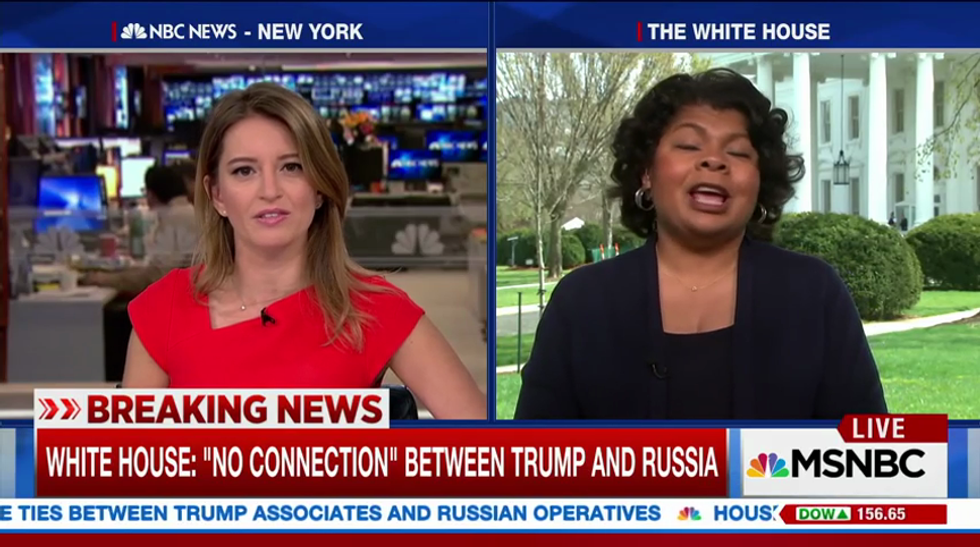 American Urban Radio Correspondent April Ryan said she felt like "roadkill" on Tuesday after White House Press Secretary Sean Spicer berated her for asking how the Trump administration planned to move past the ongoing investigation into Russia's interference in the U.S. election.

At Tuesday's briefing, Spicer blamed Ryan and the media for refusing to let the story die.

"I've said it from the day that I got here until whenever that there is no connection," Spicer complained. "If the president puts Russian salad dressing on his salad tonight, somehow that's a Russian connection."

He went on to say that Ryan was "hell bent" on pushing her own agenda, and demanded that she "stop shaking" her head.

"I don't have an agenda," Ryan told MSNBC following the press conference. "We've never seen anything like this before and my question was simple, how do you change the perception problem?"

"And it went off into this Russian dressing, no shaking my head or whatever," she recalled. "You cannot ignore, as a reporter, there are issues on Capitol Hill. You have investigations going. You have the head of the intel committee coming here to the White House briefing people, the president himself."

"I understand what Sean is doing... trying to make this administration look better than what it does right now. And unfortunately, I was roadkill today."