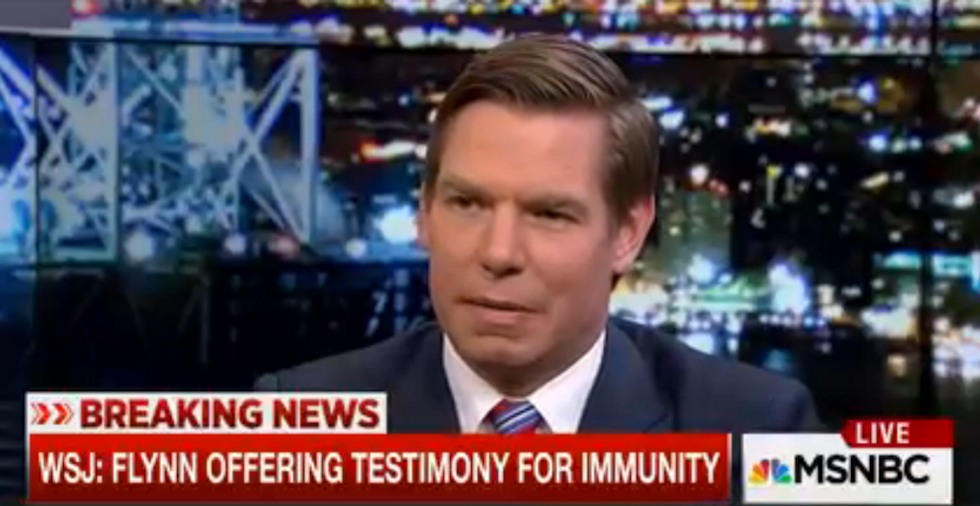 Rep. Eric Swalwell (D-CA) commented on the matter, noting, "Innocent people don't ask for immunity, but that's not something that I'm familiar with in our investigation."

"If he has something to say and he's not worried about what he did, he should just come forward and testify in a public setting," Swalwell added.

Hayes suggested that innocent people can also ask for immunity, if an individual is worried about perjury, or concern for how one's words might be used against them.

"What we have here is a pattern of deceit with Michael Flynn," said Swalwell.