'It's Medusa!': Internet loses it after diplomats are told to avoid ‘eye contact’ with Rex Tillerson 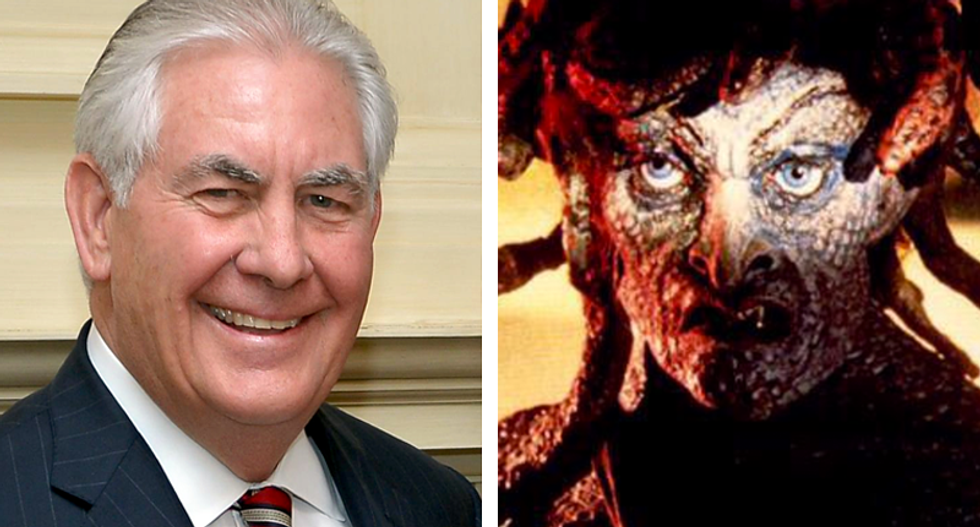 In the piece, penned by reporters Anne Hearan and Carol Morello, Tillerson is described as spending his first several weeks at the State Department “isolated,” and “walled off” from the agency’s bureaucrats.

According to the report, his “distant management style has created growing bewilderment among foreign officials” and “threatens to undermine the power and reach of the State Department.”

But the impact of Tillerson’s reclusiveness does not only threaten the State Department’s interactions with foreign diplomats, it also reportedly threatens basic, day-to-day, human interactions expected of anyone in a typical workplace environment.

Per the Post: “Many career diplomats say they still have not met him, and some have been instructed not to speak to him directly — or even make eye contact.”

Tillerson previously riled feathers when he unilaterally decided he didn’t really have much of a “need” for media, as though his disinterest in entertaining journalists is the only pertinent element in this whole First Amendment thing. And—as expected—the news that the disposition of the nation’s top diplomat precludes eye contact and other forms of communication set Twitter ablaze:

Looks like J-Lo and Rex Tillerson have something in common after all. https://t.co/pzkLNOcJsm
— Kate Aronoff (@Kate Aronoff)1490926766.0

The deconstruction of the administrative state at the State Department: some employees told not to look at Tillerson https://t.co/zvirCbKixw
— Gabriel Sherman (@Gabriel Sherman)1490925358.0