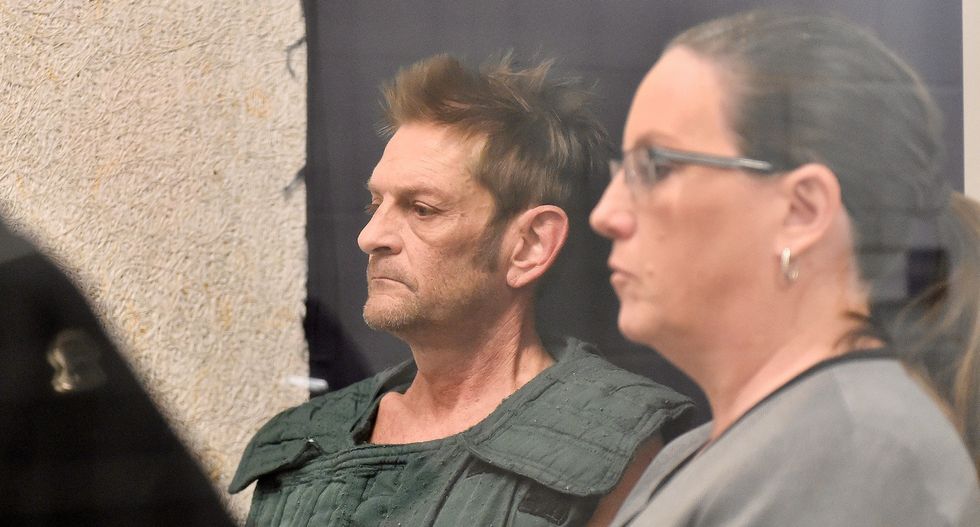 A Kansas man accused of killing an Indian software engineer and shooting two other people while shouting "get out of my country" appeared in Johnson County Circuit Court on Thursday as lawyers worked out a schedule for his upcoming trial.

Purinton is charged with first-degree murder in the shooting death of Srinivas Kuchibhotla, 32. He is also charged with two counts of attempted murder for wounding Alok Madasani, 32, and an American, Ian Grillot, 24, who tried to intervene.

The shootings raised concerns in India, which sends many immigrants to the United States, and highlighted a spike in hate speech and alleged hate crimes in America in recent months.

The Southern Poverty Law Center has said the number of hate groups in the United States rose for a second straight year in 2016, linking the increase to the recent U.S. election, in which heated rhetoric targeted immigrants, refugees and Muslims.

The appearance was Purinton's second since the Feb. 22 shootings at Austin’s Bar and Grill in Olathe, a Kansas City suburb. Another hearing was scheduled to be held in May to determine a schedule for more hearings and a trial.