Keith Olbermann decimates Devin Nunes: He's acting 'like a guy who’s about to flee the country' 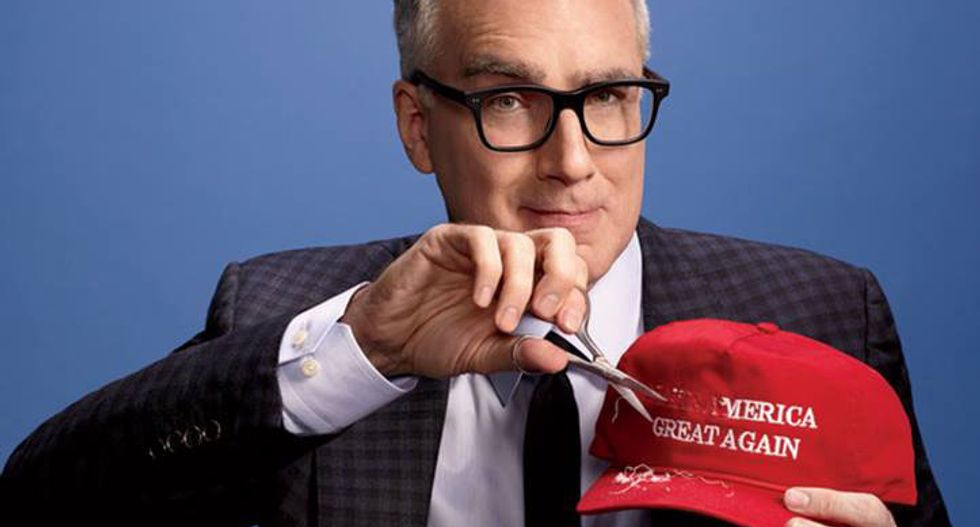 Keith Olbermann on Monday railed into the drip, drip, drip of Donald Trump’s ties to Russia, noting the question is “not blowing over,” and instead boils down to one word: “Treason.”

“The Russia story continues to grow grimmer and bigger and deadlier,” Olbermann said in his latest installment of “The Resistance.”

“The word ‘treason’ has been invoked now by the most unlikely of sources,” he continued, noting even former George Bush ethics lawyer Richard Painter has used that term to describe the Trump-Russia connection.

Olbermann added the White House “seems to be setting up [former Gen. Mike] Flynn as its scapegoat,” and that House Intel Committee chairman Devin Nunes, who served on the Trump transition team, seems to be a “spasm of panic.”

“Not since Kenn Starr have we seen someone who is in effect the prosecutor panic,” Olbermann said, joked that Nunes is acting like “a guy who’s about to flee the country.”

He then chastised the House Intel Chairman for going to Trump with information “like a prosecutor handing over evidence to a defendant” in an effort to validate the president’s “amazingly stupid tweet” about Barack Obama.

“This is not blowing over, this has not stopped expanding,” Olbermann said, arguing the question is now whether the person we elected president is “loyal to the United States of America or loyal to the Russian Federation.”

NEW VIDEO: As we can infer Flynn (and/or others) may seek a deal, and Nunes panics, feel free to call it TREASON pic.twitter.com/hIecEOP5uG