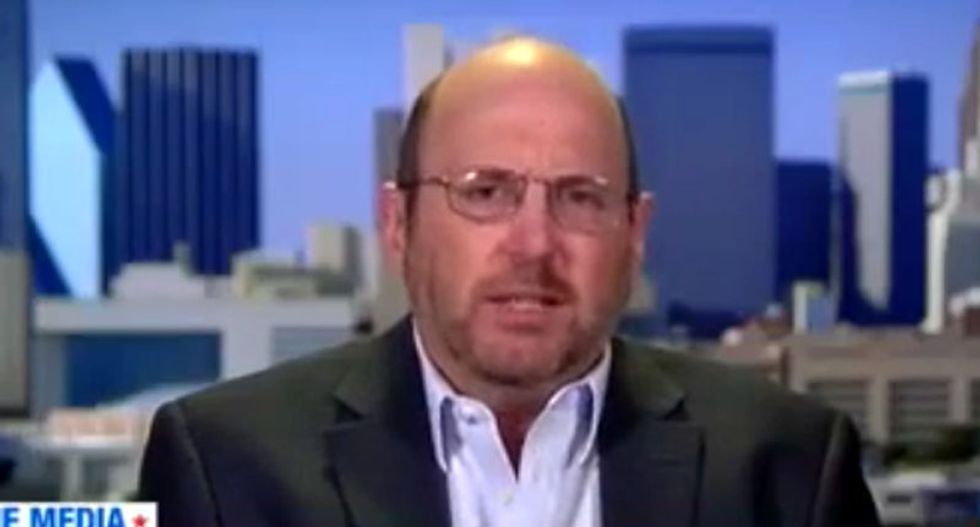 Just three months ago, Newsweek reporter Kurt Eichenwald temporarily quit Twitter after a supporter of President Donald Trump sent him a flashing image that triggered an epileptic seizure. Friday, Eichenwald tweeted that the man who sent the strobing image has been arrested by the FBI.

According to Eichenwald, the man faces federal charges and will be indicted by the Dallas District Attorney on other charges in the coming days. After the news came out that someone did this and harmed Eichenwald, online copycats sent him similar graphics.

He tweeted that the information of those 40 people who did the same are also in the hands of the FBI. He encouraged people to stop sending them, since they're probably going to get a visit from the police as well.

Eichenwald has worked to outline the financial conflicts of interest facing Trump and the Trump Organization during the 2016 campaign and since being elected.

Eichenwald's attorney Steve Lieberman told Raw Story that he took the case on pro-bono because he respects the work journalists like Kurt are doing.

"The attack was done specifically to punish a journalist for what he had posted about the election campaign," Lieberman said via telephone. "This attack on courageous journalist Kurt Eichenwald was no different than someone who mails a bomb or someone who sends an envelope filled with Anthrax spores. It's not the meaning of the words that was the weapon, it was the electronic communication itself that was intended to be used as a weapon that would cause a specific physical reaction to prey on the vulnerability of someone with a medical condition that made him susceptible to this sort of attack. You can't get more cowardly than this."

The man was identified as 29-year-old John Rivello and was arraigned in federal court in Baltimore, Maryland Friday. His tweet specifically said "you deserve a seizure for your posts."

Newsweek reports Rivello went to Wor-Wic Community College in Salisbury until December 2014 but did not graduate, according to the school. Someone matching his name attends the Salisbury’s Trinity United Methodist Church according to a 2016 newsletter and is a registered Republican.