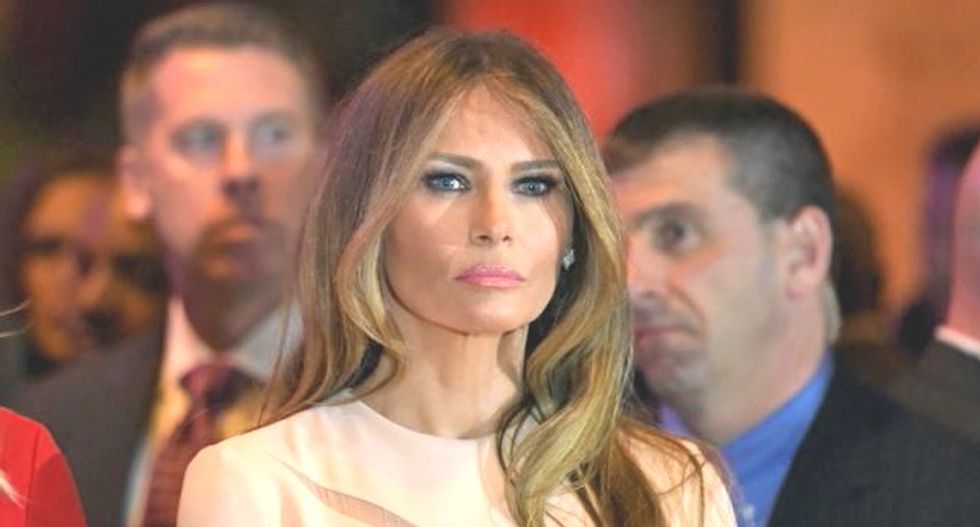 Seldom-seen First Lady Melania Trump was on hand Friday night at a GOP fundraiser held at the Trump-owned Mar-a-Lago resort after the Palm Beach County GOP paid $150,000 for the use of a ballroom.

While President Donald Trump skipped his weekend visit to what he calls "the Southern White House," the First Lady made herself available for a meet and greet at a VIP reception preceding the fundraiser, reports the Palm Beach Post.

According to the Post, nearly 700 people paid $300 and more to attend the dinner, with Palm Beach County GOP Chairman Michael Barnett saying it cost around $150,000 to rent Trump’s ballroom.

In an interview Barnett said he hoped that fundraiser -- held every year -- would bring in close to $300,000 before expenses.

The First Lady met with donors at a pre-dinner VIP reception and posed for pictures with Florida GOP Gov. Rick Scott while President Trump remained in Washington D.C. before heading out to Trump National Golf Club in Virginia, reportedly for meetings, on Saturday.