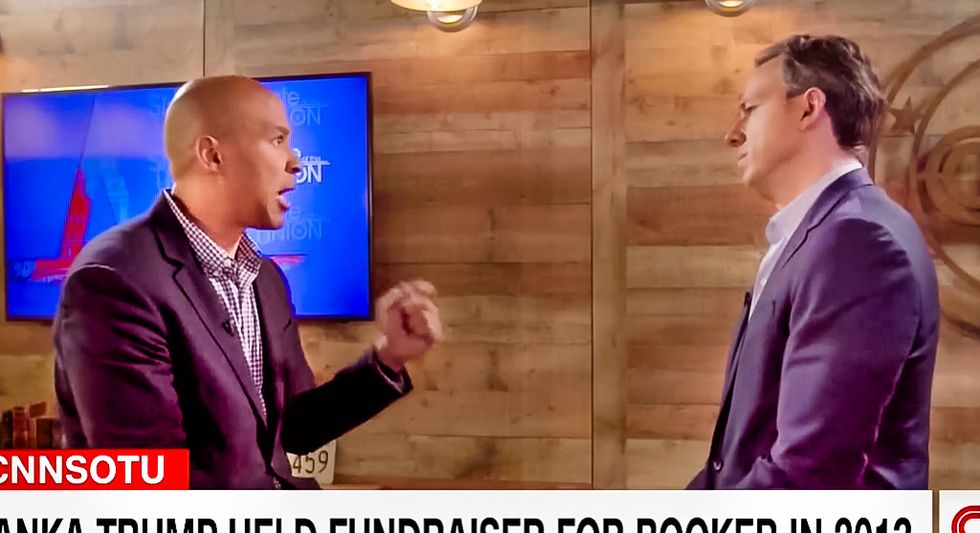 Sen. Cory Booker (D-NJ) lamented over the weekend that untruthfulness was becoming the "norm" in President Donald Trump's America.

In an interview with Booker that aired on Sunday, CNN host Jake Tapper wondered if the New Jersey senator had spoken to his friend Ivanka Trump about her father's political career.

"Because of Donald Trump?" Tapper asked.

"And I don't care who you are, if you consider yourself a leader, you have an obligation to stand up and do something about it and lead with love and not appealing to people's darker angels or exploiting that fear."